ORANGE – Running for mayor, At-Large Councilman Donald Page voted at 7 a.m. at the YMCA on Park Avenue and High Street.

Now hedrives from one polling place to thenext while his campaign manager Michael Vieira puts yellow-shirted Page soldiers on the streets.

The camp is confident.

"We had some problems with some of the machines – one at Love of Jesus Church and another atthe Elks, but otherwise things have gone well," said Page, a 14-year veteran of the council.

He's standing outside the OrangeBoard of Education building now,giving that last handshake to residentson their way in to vote.

"Ofcourse I'm going to vote for you," Kettely Austin tells the candidate.

Moments later, as he catches sight of one of his campaign workers with dwindling field resources, Page is on the cellphone back toVieira's people at headquarters.

"We're running out of literature over here at the Board of Ed," says Page. "We need some more literature." 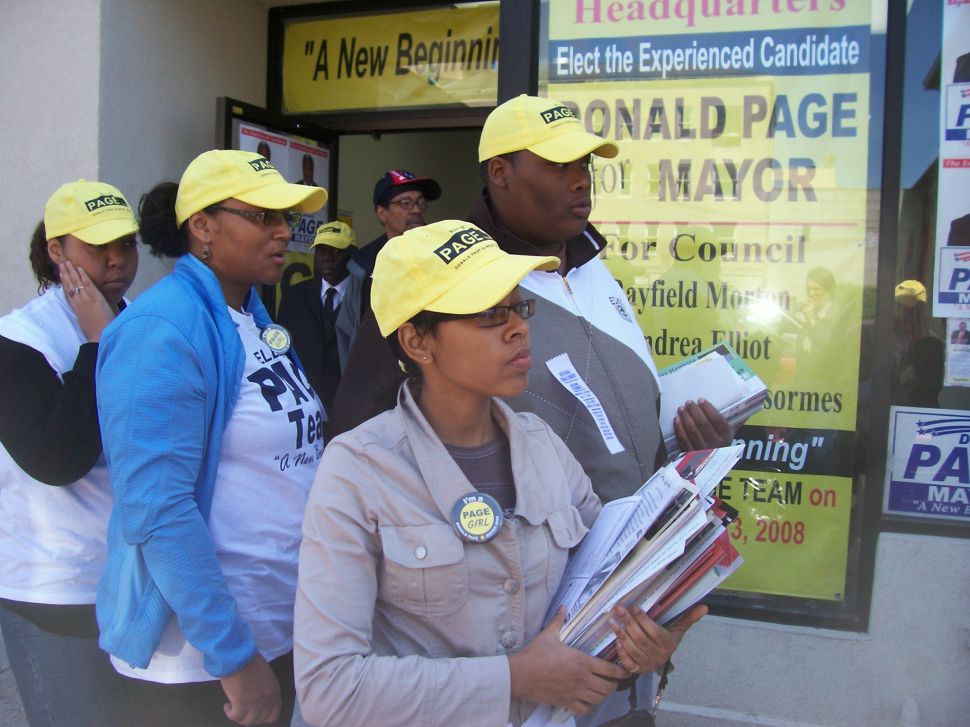