Only in New Jersey can a lawyer tout his marriage to a Supreme Court Justice on his law firm's website as way of drumming up legal work. Jonathan Weiner, a partner at Fox Rothschild, a large and politically active law firm with a government affairs and gaming law practice, notes in his official biography that his wife, Virginia Long, is an Associate Justice of the New Jersey Supreme Court with lifetime tenure. Weiner is also the general counsel of the Health Care Association of New Jersey, and rather amazingly, notes that “he was recently re-appointed by the Supreme Court of New Jersey to a second two-year term on its Civil Practice Committee.”

Long isn’t the only Justice with a spouse who has a potential conflict – that could be the case with four of the seven members of the state’s top court: Justice Jaynee LaVecchia is the wife of Michael Cole, a partner at the uber political DeCotiis, FitzPatrick, Cole and Wisler, which PolitickerNJ.com ranked as the third most powerful law firm in the state; Barbara Wallace, the wife of Justice John Wallace, works in the office of Governor Jon Corzine; and the husband of Justice Helen Hoens, Robert Schwaneberg, is a Star-Ledger reporter who covers, among other things, the 2008 race for the United States Senate (not that a U.S. Senate race could ever wind up before the state Supreme Court). 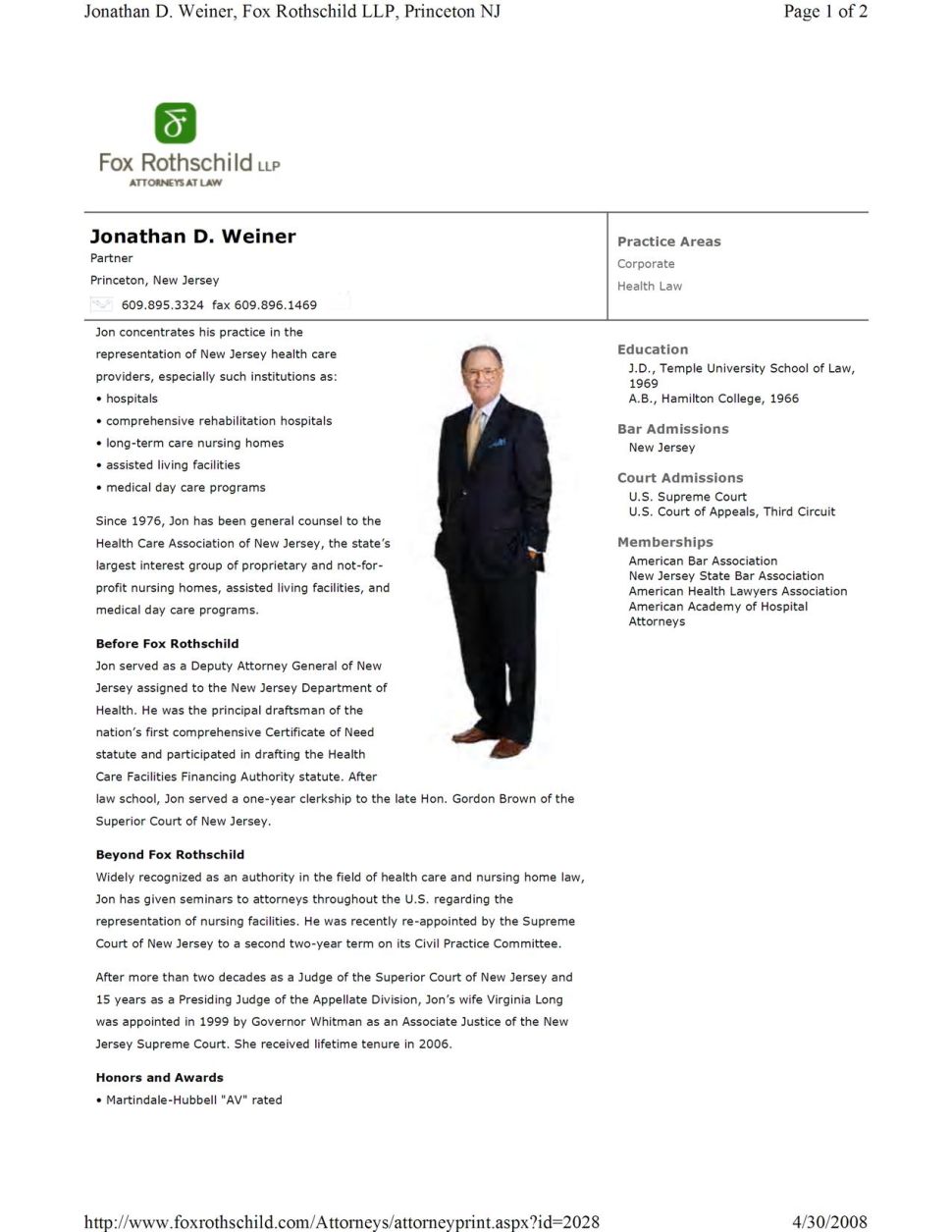