"Senator Webb from Virginia would be an interesting choice," Andrews told PolitickerNJ.com. "This is a candidate who is new to the Senate, who was elected in a tough state. He's been vetted. With him on the ticket, Virginia is a state we could certainly win."

A Democratic candidate for U.S. Senate and a backer of U.S. Sen. Hillary Clinton's, Andrews in recent days has stopped just short of calling for the New York senator to exit the presidential race.

The congressman said he would first want to have a conversation with Clinton privately rather than announce his support for her rival.

However, "the senator needs to consider the numbers and consider the reality," Andrews told a small crowd at a campaign event last weekend. "

"I would support Obama without condition," he added. "He would be a great president." 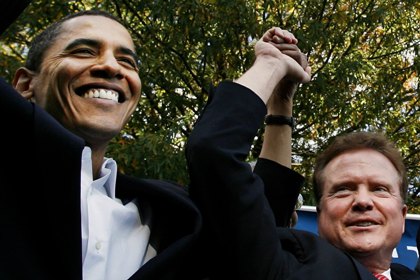