PATERSON – Shrugged off by the incumbent as too aloof to feel the pain of the 4th Ward, Kisha Manning smiles and shakes her head.

She was born here and grew up here.

"I even get my hair done and my nails done here," she says with a laugh.

Her school record at William Paterson University and subsequent success as a revenue officer with the Internal Revenue Service don’t diminish the roots, or the lifelong street cred Councilwoman Vera Ames-Garnes claims Manning lacks to maneuver in a city that has been under state-control for 18 years.

"I’ve been on welfare and public assistance," says the first time council candidate, a 27-year old single mother of a 3-year old. "When I was 11 years old I was homeless. At 16, my mom was shot and almost beaten to death."

Prior to landing her job with the IRS, Manning worked as a Section 8 caseworker for three years, and now serves as a 4th Ward Democratic Party district leader.

Her challenge of Ames-Garnes, in her view, isn’t about the supposed naivete of "Miss Kisha," as the councilwoman calls her. The burden is on the incumbent in the midst of a hurting ward.

"I just don’t think people feel as confident that she’s as progressive as she once was," Manning says of the 23-year council veteran.

"I give her credit," adds Manning, "and I applaud the councilwoman for her work with ex-offenders. But the yong men in our community need not just jobs but careers."

No newcomer to Paterson politics, the candidate became involved in local issues surrounding the Great Falls Historic District as a 16-year old. Later, she immersed herself in campaign organizing and worked on Jose "Joey" Torres’s campaigns in 1998 and 2002.

Current Council President Ken Morris, Jr., appointed her to the board of adjustment, where she serves as vice-chair.

Manning says if elected she would work to try to create more business rateables for the ward. She also promises to start a fund with half of her councilwoman’s $34,000 salary to create scholarships for youth and single parents.

"What’s causing the problem out here in our community are young men under the age of 25," says the candidate. "I know them. I can talk with them without animosity because I grew up with them."

She likes Wilkin Santana, the other challenger in the race, but believes that given his background he would be better suited for the school board.

"His heart’s in the right place," Manning says, "however, his inexperience is not what we need right now."

As a retort, Santana wonders why Manning to date has not filed her state ELEC report. He wouldn’t expect Ames-Garnes to fill one out, but argues that his young rival should know better.

Sluggishness on the ELEC filing front from a politico who claims to pride herself on honesty and campaign-know how leads to the inevitable question of whether she is a stalking horse trying to siphon votes from Ames-Garnes so that Santana wins.

She denies it, but won’t reveal any parties or people with whom she had discussions prior to entering the race, saying only that she works with many "former Patersonians," and that she definitely entered the contest to win.

As for ELEC, "I had a death in my family," says Manning. "I fell behind with my employer. Myself and my campaign treasurer will have that rectified by this week."

A few days ago, Manning organized a clean-up in her neighborhood, where she used to play Double Dutch in the street as a girl. The garbage she and her volunteers dragged out of a vacant lot is still piled up on the corner.

"The days of Double Dutch are long gone," she says. "But despite all of the problems the ward faces, I still feel pride in Paterson." 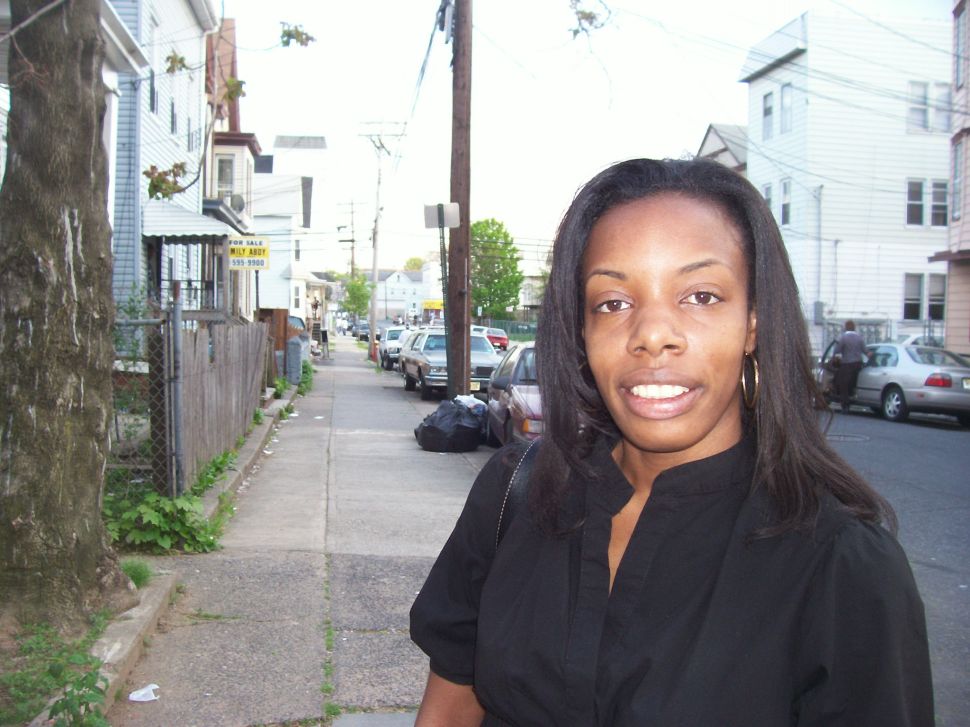