"We need action before June 30th, so that we can fulfill our Constitutional obligation to provide our children with a thorough and efficient education," said the governor, moments after taking a tour of the Oliver Street Elementary School.

Coutinho, an Ironbound native who cosponsored the legislation with Spencer, described dilapidated and overcrowded conditions in the facility.

"What we saw today were tremendously energetic teachers teaching a special education class in a closet," said Coutinho, in an address to students and reporters in the school parking lot following the governor’s tour. "What we saw was a school that is 40% over the student population limit, which is the average in the East Ward.

"The average age of schools in the ward is over 100 years old," he added.

Corzine said Coutinho’s legislation would carve $2.5 billion out of income tax receipts to replace schools such as the Oliver Street School.

"Let’s put the pressure on Trenton to fight to get these schools built," Corzine said to applause.

"The governor should know that we’re going to fight as hard as we can (for the passage of new schools construction funding)," said Spencer.

Booker received another round of applause when he announced that Ironbound residents would be the recipients of three of 11 new parks as part of a $40 million citywide project. 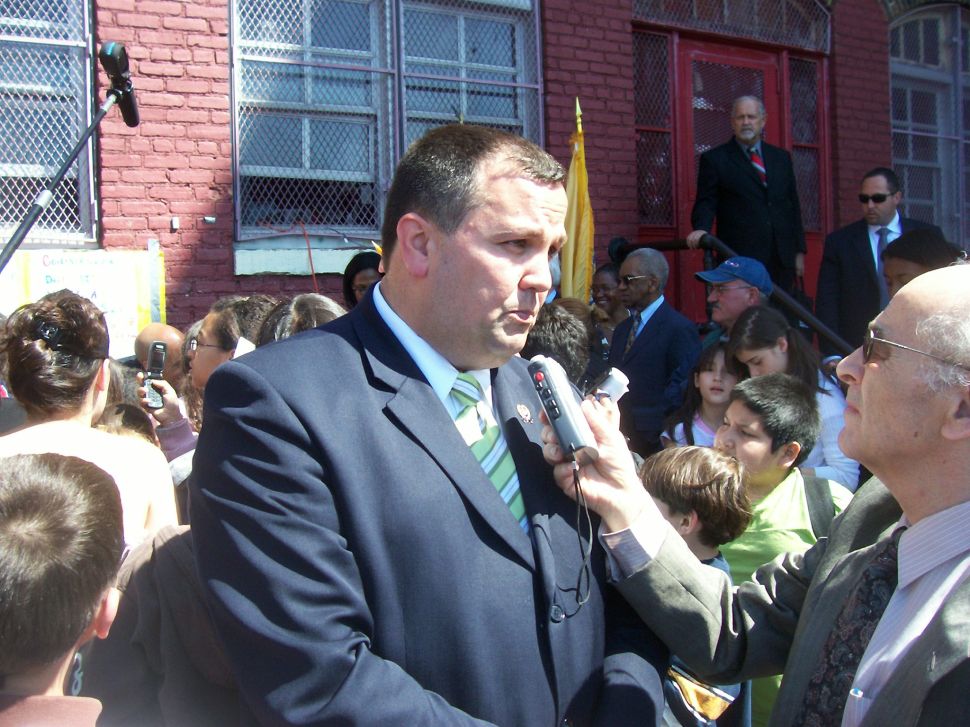