ORANGE – Standing in front of the Oakwood Avenue School with his orange t-shirted supporters, Eldridge Hawkins, Jr., says he's taking nothing for granted.

"While the other candidates were driving their caravans around this weekend, six cars deep, I was out there knocking on doors," says Hawkins.

"I feel we have put out the best plaform," says the candidate. "While Donald Page has put mailers out there that do nothing but attack, we have focused on our plans for the people of Orange."

The candidate prepares to move to the next polling station when a car pulls up and the passenger side door opens.

He offers a greeting as he and a small entourage cross the street past Hawkins and approach the Oakwood Avenue School. 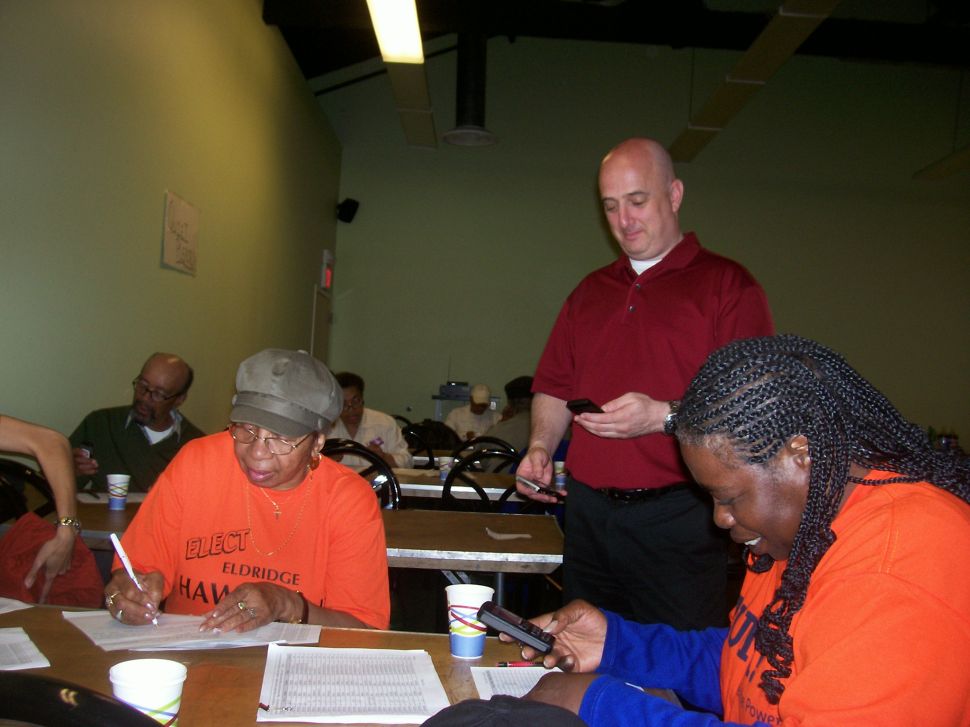