ORANGE – In front of the Love of Jesus Church, Peter Learmont, campaign manager for Janice Morrell, urges a Donald Page supporter to abandon herbacking of the long-serving councilman and side with the Morrell campaign.

"When they tried to raise my taxes, Donald Page voted 'no,'"Ollie Marshall-Rico says.

With finality she adds, "That's good enough for me."

Learmont tries in frustration to budge her.

"Donald Page votes 'no'oneverything, just to vote 'no,'" he says. "What's the alternative for him?"

Marshall-Rico shakesher head, and pulls up her stocking to show her bandaged leg.

"I shouldn't be out of the house, I've got a bad leg,but I'm out hereanyway to support Donald Page," she boasts.

"I've lived in thiscity for 32 years, and I think with Janice we finally found a candidate whowould do things right,"he says of the long-serving zoning board chair who entered the race late.

Later he complains when he sees high school-age children waving campaign signs, sporting either the yellow colors of the Page campaignorthe orangeof the Hawkins camp.

"Those kids," Learmont says, "should be in school. Today is a school day." 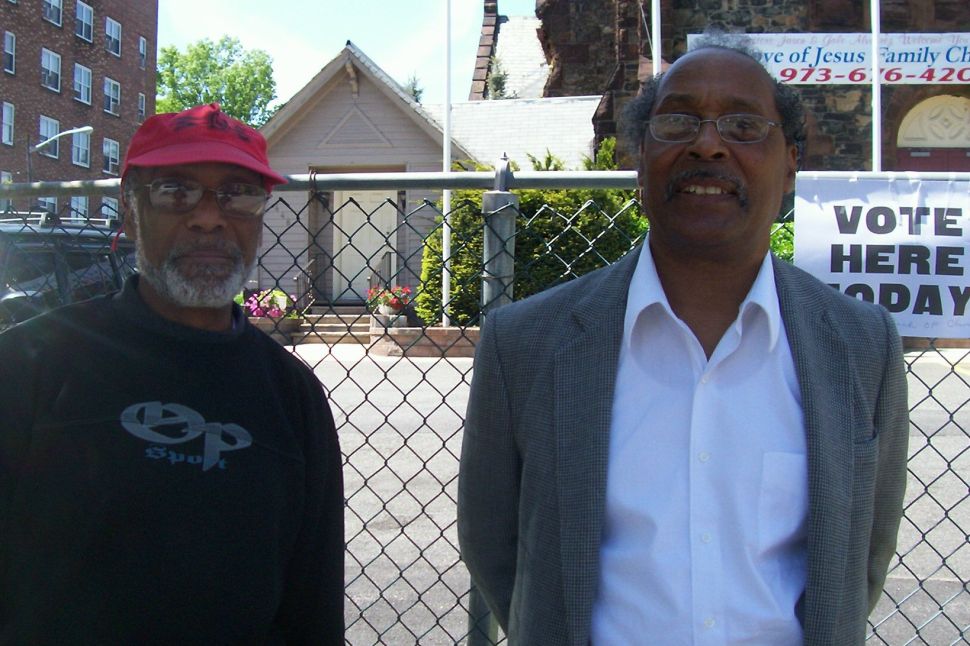