Ramos was the first to announce his support for Andrews, at an Aspira event last month. James declared his support last week.

Rone ran with the Booker Team that swept out the old guard in 2006. Since then, and particulalry recently,she has regularly butted heads with the Booker.

The only other woman on the local governing body, Council President Mildred Crump supports Lautenberg. 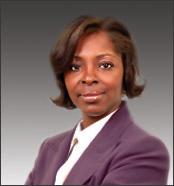