Pennacchio (R-Morris) followed up on his press conference attack of former U.S. Rep. Dick Zimmer by issuing a mailer lampooning Zimmer’s use of a farmland assessment tax break.

The piece shows the heads of Zimmer and former state Sen. Ellen Karcher (D-Monmouth) pasted on the bodies of the farmer and his wife in Grant Wood’s "American Gothic."

Karcher last year took a drubbing for participating in the farmland assessment program, and in his GOP primary fight with Zimmer, the self-dubbed "Jersey Joe" Pennacchio wants voters to see the establishment Republican as yet another version of landed gentry dressed up as a hardworking farmer.

"We’re letting the public know that while they’re paying their fair share of taxes, Dick Zimmer’s not," said Pennacchio. "Certainly it’s an abuse of the law when someone who lives in Washington, who works in Washington, who gets a vast majority of his income from being a Washington lobbyist, takes advantage of a system that was supposed to help farmers. We think that’s wrong."

Zimmer’s campaign noted last week that the property has been a farm for 100 years and at various times the Zimmers have yielded hay, sheep and eggs.

"What do they want us to do, identify the various types of hay now?" asked Kurson. 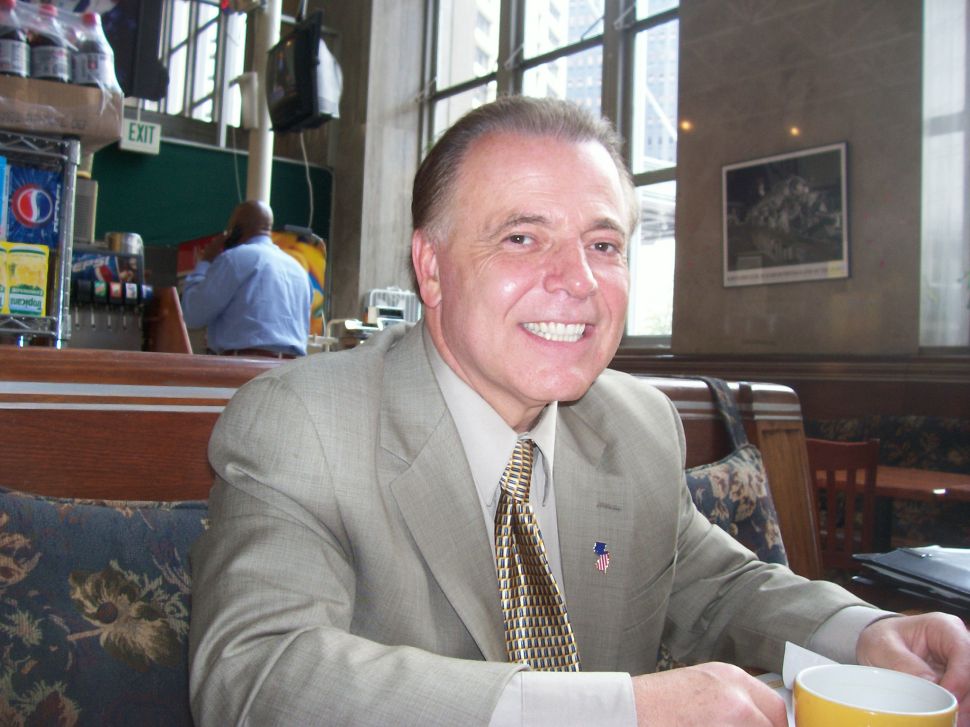