Orange has a codeprovision in the event of the mayor's illness,which givesthe business administrator authority to take over in the chief elected official's absence.

But in this case, state law regarding succession trumps Orange's code and grants authorityto the council president to step in for a mayor who has pleaded guilty to a corruption charge.

"I have heard that she is somehow related to him (Hackett)," said the councilman. "I don't know if that's true or not, but if it is that could be antithetical to the spirit of the law."

Orange had anelection earlier this month in which voterspicked West Orange Patrolman Eldridge Hawkins, Jr. as mayor. He begins his four-year term on July 1. 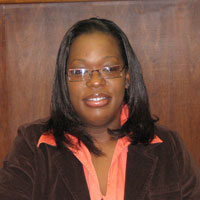