In his dogged fight to stay relevant and competitive against the reality of state Sen. Leonard Lance’s big organizational advantages heading into their 7th Congressional District primary, Thomas Roughneen tonight talked strategy with his allies in a conference call.

The debate will be the last of the cycle with two weeks to go before Election Day.

"I agree," says another voice in another corner of the central Jersey district.

But Roughneen bucks them both.

"That’s a political bill linked to unemployment insurance," he says. "It’s a political stunt meant to embarrass the president. The president doesn’t care, he’s going to veto it anyway. Certainly we need improvements but an appropriations bill like this is not the appropriate place."

The larger strategic questions center on whether or not the candidate should try to bludgeon Lance, or let Whitman continue to fulfill that role while he focuses his attention elsewhere or goes for gravitas.

Earlier in the day, Whitman – daughter of former Gov. Christie Todd Whitman – dropped a two-sided attack mail piece on the front-runner, denouncing Lance as a weak leader who voted to stop teaching students about Veteran’s Day and failed to reform property taxes during his tenure in the state Senate.

Whitman’s latest is a follow-up barrage to Fox television advertising she unleashed on Lance starting last month, prompting Somerset County legislators to stand with the senator in a display of public disgust over Whitman’s tactics.

Now Roughneen and his team try to figure out what he will do. They received 2,500 signs on Friday, and already have 500 in place as they circle back continually to make sure they are secure.

Up until now, Roughneen, a Watchung resident, has playfully held weekly barbecues in Flemington, a poke in the territorial ribs of the Lance campaign.

One thing Roughneen shares up front on the conference call is his desire to have volunteers in key positions on Memorial Day, and he starts assigning those positions over the phone as they continue to discuss debate tactics. 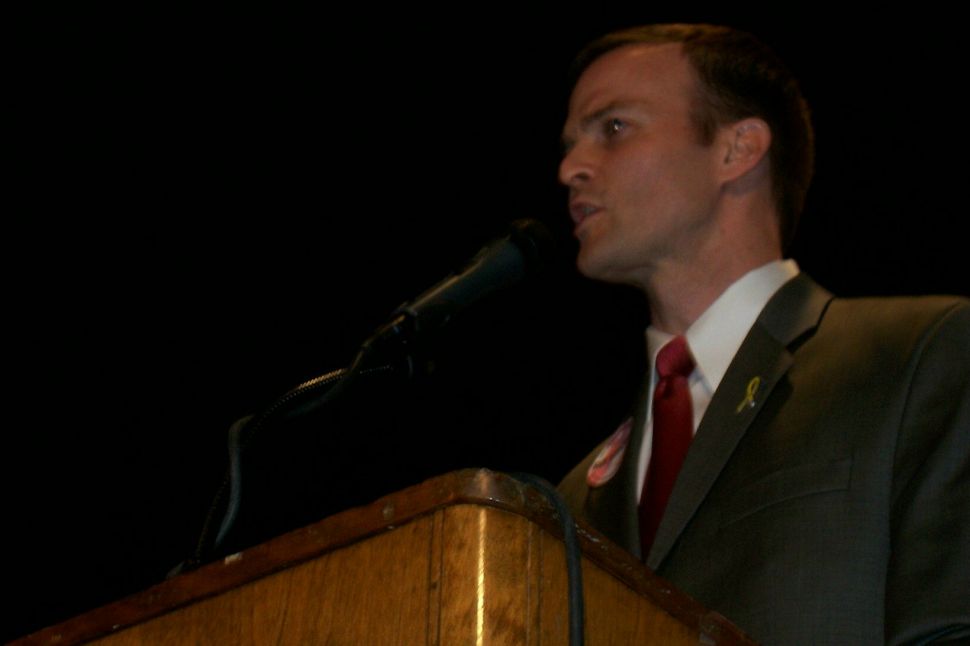