It was a shift in strategy for Myers, who has mostly played defense for the past few weeks as Kelly hurled pointed critiques of Myers’s record across county lines. Today, Kelly, an Ocean County freeholder, was the object of his Burlington opponent’s counter-attack.

Trying to strike a contrasting pose to what he has described as Myers’s propensity to shrink behind surrogates, Kelly went to the Ocean County Courthouse to directly take on Myers’s complaints.

Myers had plenty of them.

He noted that Kelly was employed from 1999 through 2004 by the South Jersey Transportation Authority (SJTA), where he worked as an airport analyst and airport business manager.

To date, Myers has responded to Kelly’s barbs by reminding Republican voters that he is a combat veteran, and a Lockheed Martin program manager and vice president for the development of missile systems – a record he believes contrasts favorably with Kelly’s 16 years as a freeholder.

Standing on the walkway outside the courthouse, Myers amplified his dismissal of Kelly by exposing what in his view was his opponent’s questionable work record at the SJTA.

Both of Kelly’s positions at the authority were created on the day Kelly took them and neither was publicly advertised. Myers also charged that Kelly wasn’t qualified for the job, though he made a salary of $74,662 when he left. Moreover, Kelly accepted waive-out payments of nearly $34,000 for turning down healthcare, while already accepting full-time health benefits as a member of the freeholder board.

"In a time where American families are struggling to buy food and gas, and pay for adequate health insurance, it’s unconscionable that Jack Kelly would be enriching himself on the backs of New Jersey taxpayers with multiple public paychecks," said Myers. "This is exactly the type of inappropriate, self-serving, unethical behavior that voters are rightly sick and tired of having to pay for, and which they will surely reject in this election."

Reporters who were gathered around Myers then shifted and encircled Kelly as he responded to Myers’s charge in the first of numerous exchanges.

He said he was proud of the work he did at the SJTA.

"You have the right to earn a living," said Kelly. "For the last three decades I held elected office but I also raised a family of five children. I never took a penny from nothing. When this man says I never did nothing in South Jersey, I take exception to that."

He urged reporters to talk to his immediate supervisor about what he said was his superior work performance while at the SJTA, then he hit back at Myers, charging the Lockheed Martin executive with himself making money off of the taxpayers.

Myers objected to Kelly likening his elected experience and public jobs to what Myers does at Lockheed. The defense systems manufacturer is a publicly traded company, which pays billions in taxes. For the record, Myers noted, he earns $250,000 annually plus bonuses depending on the year.

Sharpening his attack on Kelly, Myers remarked that his private sector experience is more valuable than Kelly’s public record as a six-time elected official, and that created an opening for Kelly.

"I attend my meetings," he boasted, in contrast to Myers, he said, "an elected official who has missed 25% of his meetings over the last two years. In 2004, for his budget, he didn’t show up at the public hearing, even though it raised taxes."

"I don’t know if that’s true, we’ll check," Myers said. "As a traveling businessman, I made the meetings I needed to make. I made sure I was there for key votes."

He objected when Kelly called him a registered lobbyist, pointing out that he isn’t registered, never has been. Then he clarified how he helps those who do work in that capacity at Lockheed.

"Our lobbyists in Washington would ask me how missile systems work or get me to go down and brief somebody," Myers said. 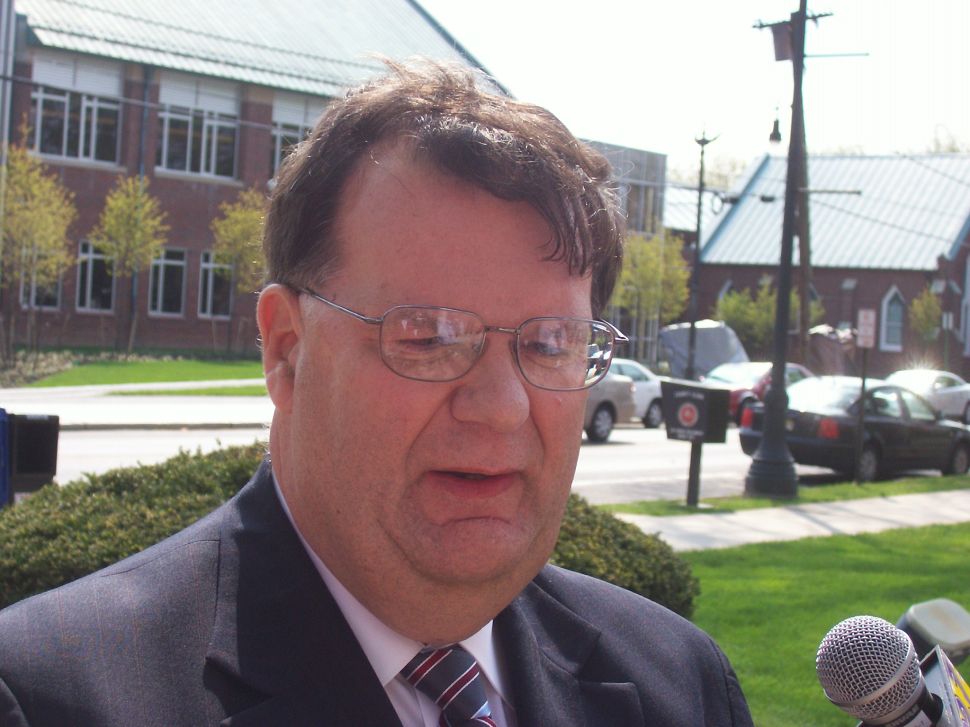