NEWARK- Oscar James II doesn’t know if he can win this primary fight here in Newark’s South Ward, but if he can hold U.S. Sen. Frank Lautenberg to a stand-off, and other ground-level U.S. Rep. Rob Andrews allies in northern New Jersey can do the same, maybe South Jersey can deliver big for the underdog.

In the meantime, there’s another war he’s fighting.

A two-year councilman representing the most sprawling ward in the city, James knows Andrews (D-1) is a longshot in his challenge of Lautenberg. But as the Booker Team leader in the south, James wants to help bust apart the Payne family machine that has long controlled ward politics.

Seizing on the 84-year old incumbent senator as a target is no stretch, since the Paynes have a years-long alliance with Lautenberg and are teamed with him on the June 3 ballot.

"Our district leader candidates are bringing Andrews’s message into the fold, telling people, ‘vote for me – and Rob Andrews,’" says James.

If James can help elect Andrews while weakening the local machine, so much the better. If he has to ally with North Ward Democratic leader Steve Adubato in the process – such is political reality in Newark.

"At the very least they’re going to know they’ll have to fight for it after this," the 27-year old James says of the Paynes.

In a Senate primary year, it’s a complicated fracas in Newark right now that is more about county politics than U.S. Senate politics, more about local respect than Iraq War policy, and maybe more about Adubato than five City Council people – including James – embracing a relatively obscure South Jersey congressman over Lautenberg.

On the last point, James insists no.

"You look at Andrews’s upbringing," says the councilman. "A lot of people here can relate to it. He had a hard-nosed upbringing and his record is similar to Lautenberg’s. But Lautenberg is a long-time removed from this, while Andrews is not."

"I can tell you how the West Ward is going to vote," says Councilman Ronald Rice, son of the senator, a Booker ally and campaign surrogate for Lautenberg. "Andrews is trying to cherry pick votes, but in a low turnout election you’re looking at a lot of seniors who are going to be voting, and Lautenberg has a very good reputation with them."

Booker supports Lautenberg in part to build his alliance with Sen. President Richard Codey (D-Essex), who cannot abide a threat to his territory in the form of Andrews by the powerful South Jersey Democratic Organization.

But the mayor has his own long-term, local challenge, and that is to gain traction to fight both the Paynes and Adubato.

So even as he backs U.S. Rep. Donald Payne’s (D-10) re-election to Congress on the organizational "B" line with the U.S. Senator, Booker simultaneously works through James to drain the congressman’s base in the South Ward with mostly "E" line district leader candidates.

Making matters more complicated but potentially more fruitful for Booker is the use of swing-line district leader candidates. These are candidates for county committee who are running on the line with Payne but who are in league with the mayor.

"We have made strategic incisions in those districts where I know I can negotiate," says longtime Booker political mechanic Jermaine James, who’s organizing district leader candidates in the Central Ward as Oscar James covers the South.

Jermaine James estimates as high a figure as 40% of his candidates are running on the "B" line with Payne.

Ultimately Booker knows if he wants to build lasting political strength he has to be able to vie citywide, and right now the mayor’s weakest in the South Ward.

A diminished southern base doesn’t bode well for the mayor if Adubato decides to throw a North Ward candidate- Councilman Anibal Ramos, for example – into the 2010 mayoral race, particularly in the event that attorney Clifford Minor remains Booker’s challenger in the South Ward.

Unless the mayor’s strong in the south, a Ramos-Minor tag team could play havoc with his re-election chances.

The fact that Oscar James is helping the "A" lined Andrews – Adubato’s U.S. Senate candidate – once again places Adubato in the position of being able to make potential opposition forces work for his own ends. He was already chopping away at the Paynes – now he enjoys the fact that Booker’s allies in the south have undertaken the additional responsibility of getting out the vote for Andrews.

James said when he told Booker he was endorsing the congressman, Booker told him to go ahead.

Booker’s made his own alliances with Adubato, of course, as recently as last year when the mayor teamed with the North Ward Democratic Organization to defeat South Ward diehard Assemblyman Bill Payne and to try to stamp out Sen. Ronald Rice.

When Rice survived, the senator later prevailed on U.S. Rep. Donald Payne (D-10) and County Chairman Phil Thigpen to give him the courtesy of replacing Freeholder Johnny Jones with his own chief of staff, Rufus Johnson.

That irritated Booker, because he felt the mayor is traditionally allowed a freeholder. He had beaten Rice in their 2006 mayoral match-up, and here was Rice now stepping over him to supplant Booker’s personal choice for freeholder with his own charge.

The mayor subsequently sent James and his unsuccessful young freeholder choice, Terrence Bankston, back to the South Ward to continue to build support for the Booker Team’s district leaders.

Booker figured if he didn’t have an in with Thigpen maybe he could put district leaders on the county committee who could get Thigpen out of there.

At the very least, the mayor figures he needs more leveraging power, against Payne certainly, but particularly against Adubato. 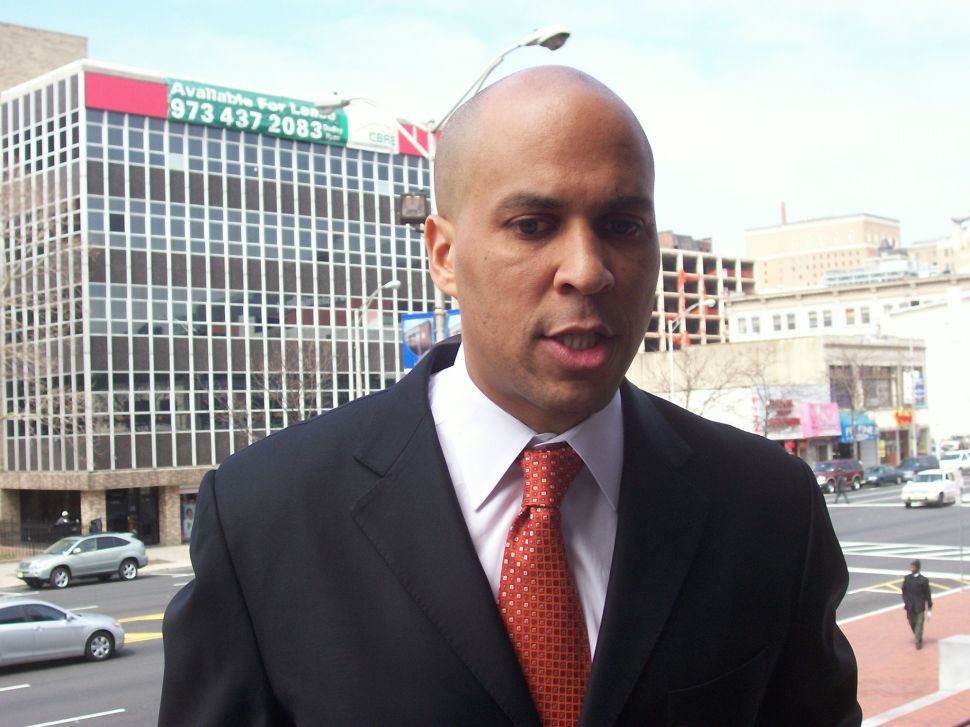