NEWARK – After his loss on Monday night, the last one of this cycle to draw his record to 0-3 in ward fights, Mayor Cory Booker walked outside in the Central Ward and was swarmed instantly by children.

They wanted to play in the middle of the heat wave that caused several power outages in the city on Monday, and Booker indulged them, even as his detractors seethed.

"He just got his butt kicked and he’s outside playing Simon Says," said a Newark operative.

No matter what hits the mayor takes locally in the back rooms, he remains the robust councilman who deposed Sharpe James, the inspirational orator, purveyor of youth in a craggy political landscape, and a very early backer of Barack Obama for president.

As Obama said during a campaign event in Jersey City last January, Booker is "the rising star," and remains the embodiment of change at the half-way point of his first term.

Some political observers question if he deserves the reputation based on his work behind the desk.

"As an administrator you won’t hear any hurrahs for him in Newark," said poet and political activist Amiri Baraka.

But the real criticism comes on the political front, particularly after last Tuesday when Booker unsuccessfully tried to seize control of district leader seats in three of the city’s five wards: the East, South and Central.

"He opposed his own Democratic organizations on Tuesday," Adubato said. "Why?"

Dwight Brown, an ally of Adubato’s, instead won the seat.

The loss leaves the mayor without a political leader in any of the city’s five wards, and represents the culmination of a failed offensive that included East Ward Councilman Augusto Amador’s disassociation from the Booker Team after the councilman repelled what he described as a surprise Election Day attack by city employees.

"If I’m a member of the Booker Team, does it make any sense for him to support opposition to me?" Amador wanted to know.

The mayor, for his part, acted stunned when told about Amador’s anger, and insisted that the councilman remains a team member.

But Amador didn’t see at that way.

"I take it personally," he said. "It’s not a very bright move. He’s not as strong as he was here two years ago when he won with 70% of the vote. …There was a good working relationship between me and him in terms of what we feel is best for this ward. I probably voted three or four times in the course of two years against things that he proposed."

Backing up Amador, Essex County Democratic Committee senior advisor Joseph Parlavecchio asked, "Why do you want to do away with the support that is already there?"

Booker’s problems intensified in the South Ward, where allies of U.S. Rep. Donald Payne (D-10) beat his district leader candidates in that area of the city where the mayor has been weakest.

It was the worst loss in this election for the mayor, as a creaky political machine knocked off his change-time operatives.

Booker's people had some disadvantages, as they did in all of the wards, running off the organizational line against entrenched machinery. But they did have the Booker name and considerable Booker dollars.

At the end of it, there was no public hand-wringing from the mayor, who smiled and shook hands Monday in the Central Ward’s Newark Community Center after the vote was tallied, and not in Jermaine James’s favor.

Sill, Booker’s enemies – and many friends, for that matter – wonder about the local political losses piling up and how they play out for Booker’s re-election chances in 2010.

The most common complaint is that the nationally celebrated mayor is not in the city as often as he needs to be to oversee his administration and his political operations.

"Stay here," Adubato urged the mayor on Monday night. "Be a part of us."

The critique invariably circles back to Chief of Staff Pablo Fonseca, whom people say is suctioned to the Sharpe James era in a way that keeps old antagonisms alive.

The other part of the criticism is that many of the high-priced administrators Booker hired don’t come from Newark and don’t connect with the city.

Councilman Ronald Rice of the West Ward, one of the mayor’s closest allies, said the persistent digs are unfair.

"The mayor has produced results," said Rice. "What you’re going to find when he runs for office again are three years of not raising taxes, a record of capital improvements and gains in crime-fighting and public safety. The bottom line is that with this administration there has been more money invested in people and not political patronage."

But for all of Booker’s own dynamism now augmented by the Obama alliance, the mayor’s failure to construct a political structure on the ground may mean that Adubato, with a political machine painstakingly built over decades, can control the Obama campaign money that comes into Essex County.

And whoever controls the presidential campaign this November, will control the 2010 mayor’s race.

Senate President Richard Codey (D-Essex) said the ramifications of these ward losses will not be as damaging as Booker’s detractors hope.

Codey, who is politically close to the mayor and to Rice, said the mayor remains a transcendent political figure who can withstand the political losses and translate his closeness with Obama into political capital.

"The mayor was with him – and with him early – one of his top guys," said Codey. "No matter who controls the Central Ward, Mayor Booker still remains popular with the residents."

Longtime Booker critic Baraka agrees that the Obama connection will work considerably to the mayor’s advantage, regardless of whoever has the upper-hand in local machine strength.

"The Obama thing is perfect for him," said Baraka. "I don’t trust Booker, but being smart enough to go with Obama – and not jumping after the fact like Donald Payne and (Georgia congressman) John Lewis – I give him credit for that."

"It’s a big plus for him," admitted Adubato, who supported Hillary Clinton.

Even if he didn’t have Obama, Booker still has his own profile and national fund-raising arm, derived from his star power.

"In two years, he will have literally millions and millions of dollars and will take to the streets," Codey said. "He'll win in the North and the East where he's allegedly weak, and in the South – no, he didn't do well – but he’s stronger than he was before."

The mayor can go on television with Obama, and play sidewalk games with children in the Central Ward, and in both cases gall his enemies, who already outnumber him with ward and district leaders and freeholders, even as they search for new ways to weaken him locally. 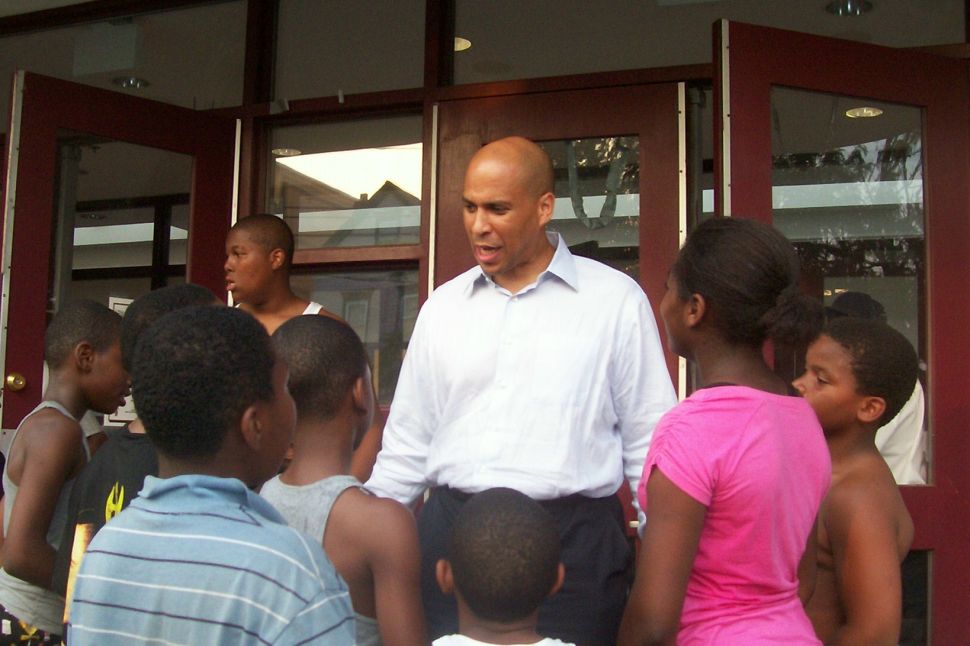