TRENTON – A day after Gov. Jon Corzine and the Democrats launched what had the vibe of a pre "overwhelming victory" party, Republicans attempted a low-key, state-level counter-offensive here this afternoon at the height of the budget season.

While Democrats may be in the throes of Obama fever, "Jon Corzine is not terribly popular now," said Assembly Whip Jon Bramnick (R-Westfield), referring to the governor’s 38% job approval rating, according to Quinnipiac University.

Battling for some GOP respect, Bramnick announced the formation of the New Republican Policy Committee, which he hopes will be one of the features of a new-face Republican party. The move comes in an atmosphere in which the departing Republican president’s job approval rating is 22% and Obama leads presumptive Republican nominee Sen. John McCain by six points.

"When I played basketball at Plainfield High School, I sat on the bench for three years, and all I wanted was a look from the coach," said Bramnick, who convened the press conference at the Statehouse with other legislators.

"We need a look from the public," Bramnick admitted. "We are going to make this a two-party state."

Noting that 70% of the Republican caucus members were not present when the GOP held the majority in Trenton, the Assembly whip introduced his fellow members on the committee, each of whom presented an issue of focus, including drug and homelessness prevention, green energy alternatives and women’s concerns.

The Republicans’ "common sense" budget plan includes a proviso that all new tax increases should be approved by a 2/3 vote. If this had been implemented seven years ago, state spending would have increased by $5 billion as opposed to $11 billion, Bramnick and his allies argued.

"The pendulum swings in politics," he explained. "Redistricting hurt us. The map itself became very problematic for Republicans. But maybe Republicans have not been as responsive to issues as they could be. If you stay in office too long, the pendulum swings the other way."

The assembly whip used the word "progressive" to describe the mind-set of the newly formed group, or the same adjective that discouraged Democrats summoned after "liberal" became synonymous with lost causes, in particular, McGovern ’72 and Dukakis ’88.

It’s also the word Corzine uses to describe his own politics. Prodded toward the term "liberal" in conversation, the governor admits he is one but prefers to say, "I’m a progressive."

Seated beside Bramnick on the dais, Assemblywoman Denise Coyle (R-Somerset) said she embraced the term, while Assemblywoman Dawn Addiego (R-Burlington) hastily put in that the word applies not to political philosophy but as a synonym for "new and forward thinking" in reference to the formation of the committee itself.

Freshmen Coyle and Addiego were joined on the committee by Assemblywoman Alison McHose, as female examples of a caucus that is 25% women.

Rible said part of what the committee intends to do is hold Corzine and the Democrats accountable.

"I still have not received a copy of the budget we’re supposed to be voting on next week," said Rible. "They’ve assured us there won’t be any money for Christmas tree items, but has that money simply been shifted to department heads?

"We want to be your eyes and ears in New Jersey," he added.

Rible acknowledged that voters are fearful of Republicans being too far to the right, but in his opinion the Democrats have tilted too far to the left.

"We have to meet somewhere in the middle," said the freshman legislator. 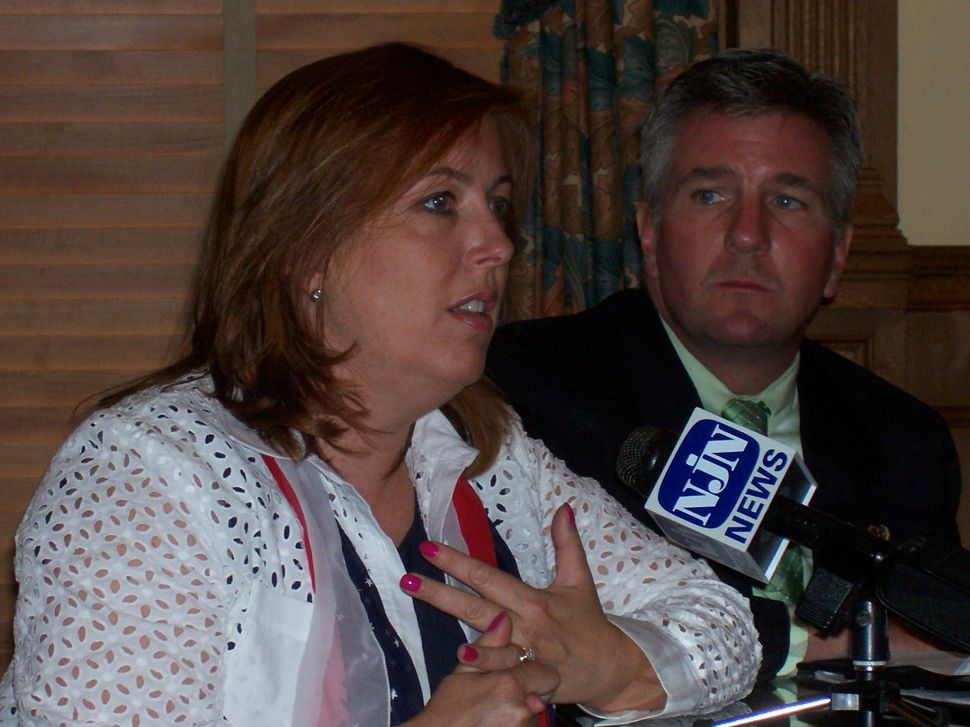