NEWARK – Mayor Cory Booker lost tonight in his final shot this year to win a ward chairman in one of the city’s five wards. Booker had run district leader candidates in the other wards and they lost last Tuesday, most critically in the South Ward.

That meant it came down to the Central, where the mayor once served as the councilman and where his candidate, Jermaine James, was beaten tonight by Dwight Brown, an ally of North Ward Democratic leader Steve Adubato.

After James’s loss, Booker tried to emphasize the positive: namely the fact that there was a legitimate contest tonight and not a strong-arming session such as existed when former Mayor Sharpe James was in charge.

"Eight years ago, there was no choice here," Booker said. "This is a

vibrant and proud day for the Central Ward that demonstrates great evolution."

But in defeating the younger man’s candidate, Adubato – who gained a second chairman in the city to compliment his North Ward chair – called the mayor’s showing "pathetic," and suggested that Booker does not have effective field operatives at the local level.

"I call on the mayor to stay here and be a part of us," said Adubato. "Let’s develop Newark."

In the special meeting of Central Ward Democrats at the Newark Community Center, which Booker attended in support of James, Brown became the ward chairman with 32 votes, followed by incumbent Blonnie Watson with 20 votes and James with 10 votes.

Brown, an administrator at the North Ward Center, said he had prevailed for one simple reason.

"Hard work," he told PolitickerNJ.com, moments before jumping aboard a bus that ferried senior voters to and from the community center.

Watson, a member of the Essex County Freeholder Board, served one

term as chair of the Central Ward before her defeat tonight on the eve of the Essex County Democratic Committee’s reorganization meeting.

"I will not stop working in the Central Ward," she said in her concession speech. "I’m still a freeholder and I still have my community groups."

James had tried to argue that the mayor’s close alliance with Sen. Barack Obama, the presumptive Democratic Party nominee, would help give himself and Booker a political edge in the Central Ward. 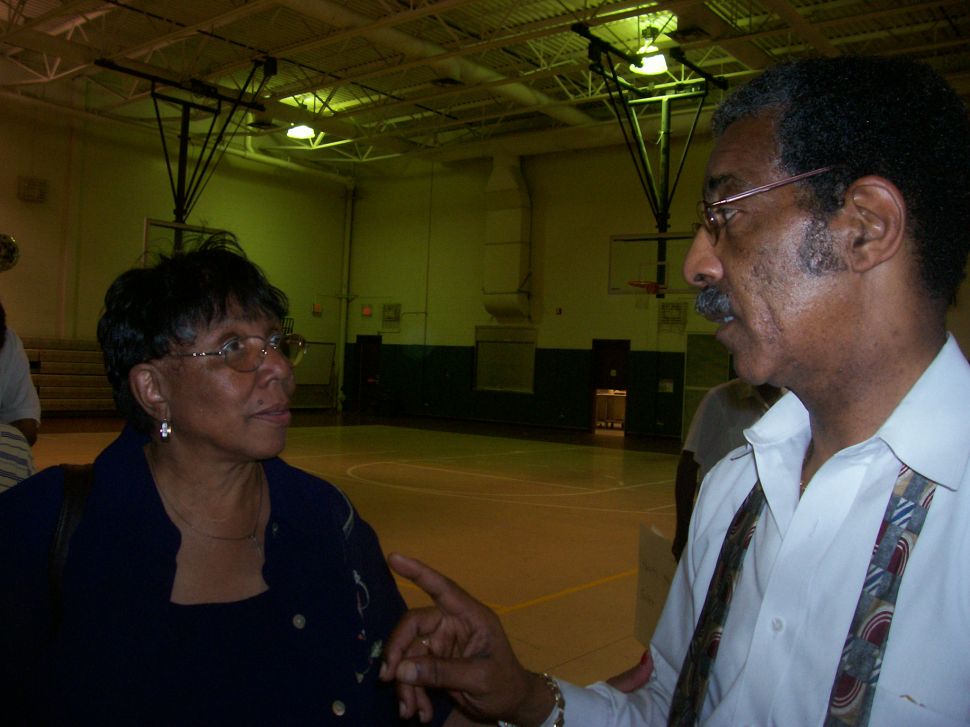