In advance of a signing today, Gov. Jon Corzine tried to defend his

Corzine admitted the state is looking at a projected $1.7 billion budget shortfall in the coming year, but noted, "We were projecting a $2.8 billion shortfall."

While he boasted that this "very tough and painful" budget contains no new taxes and pays down $650 million in debt, his critics cite reductions in state aid for smaller towns as a tax inducer at the local level.

In his interview with the governor, Aron kept on Corzine over the issue of borrowing, pointing to the $3.9 billion the governor wants for school construction.

Corzine said he has a Constitutional obligation to provide free and equal access to education for children.

"I can take you to schools where kids have been in trailers for ten years," said Corzine, who stressed in the face of critics that project overseer, the Schools Development Authority (SDA), is not the same organization as the scandal-ridden Schools Construction Corporation (SCC), which the governor dissolved a year ago.

"In the midst of an economic recession (nationwide) we ought to see up to 5,000 new jobs in (schools) construction and another 10,000 if we get this in place," Corzine said.

Quoting former Gov. Brendan Byrne, who said there out to be no borrowing without an identified funding source, Aron questioned Corzine’s plan to carve out a means of payment from income taxes.

"We will find additional sources to fund this," promised Corzine, who said he had been asking for months for the no-borrowing without voter approval bill, co-sponsored by state Sen. Leonard Lance (R-Hunterdon), which passed in the legislature last week.

With asset monetization and large-scale toll hikes dead at the moment, Corzine told Aron he expects to put forward a new transportation plan in the "next couple of months." 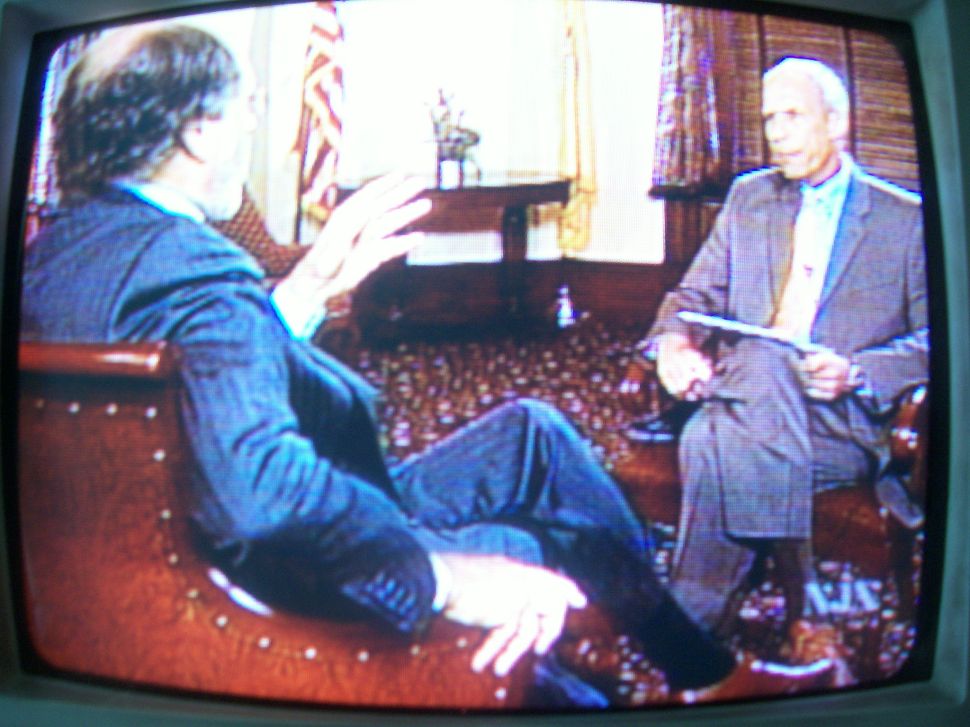