As he stood with futility against a bill he believes would ravage his 39th Legislative District, Assemblyman John Rooney took little joy in noting a personal milestone.

For while 2008 marks the Bergen County Republican’s 25th anniversary as an assemblyman, it is also the low point of his legislative career.

"My towns got destroyed last night," said Rooney, a day after the majority Democrats passed a $32.9 billion budget, which includes 25% cuts in aid to all of the 28 municipalities in Rooney’s district, and eliminations of property tax rebates for residents in the $150,000 to $250,000 income range.

Monday also brought the Democrats’ successful if ignominious – by Rooney’s reckoning – passage of a bill requiring the construction of affordable housing in affluent towns.

"It’s just a plan to get more Democratic voters in our towns," complained the veteran Republican assemblyman, whose home of Northvale for years took advantage of state regional contribution agreements that enabled small municipalities like his to sell their Council on Affordable Housing (COAH) obligations to places like Newark and Jersey City.

Assembly Republicans tried to salvage one victory on the night, as they emerged from their caucus chamber and forced Democrats to put up or shut up on the controversial state employees’ pension reform bill.

While their party leadership had signed off on the reform package, pressure on Democrats in union-heavy legislative districts frayed the nerves of those Assembly people praying that Republicans eager for the reforms would supply a profusion of necessary votes.

But when the Republicans played coy on the recommendation of Assembly Whip Jon Bramnick (R-Westfield), calling for a "rule of 41" or a show of majority votes in the 80-person legislative body, the majority party found itself seven votes short and in a defensive posture.

"Let’s see what they do," said Bramnick, enjoying with his fellow Republicans the momentary spectacle of his tormentors squirming for a change.

With some Democrats worried about getting primaried next year if they bucked the unions, and others – such as Assemblywoman Linda Greenstein and Assemblyman Wayne DeAngelo serving legislative districts where state employees make up a large part of the voting bloc – Assembly Speaker Joseph Roberts and the Democrats needed to negotiate.

"The Democrats had cobbled together a reform bill that was not strong," said freshman GOP Assemblyman Jay Webber. "Because we held together as a team, we were able to get a commitment for leaner government before we agreed to sign off on a decent but rather weak bill."

Championed on the Senate side by Sen. Stephen Sweeney, the bill in question would enact some reforms to the state pension system – including bumping the retirement age from 60 to 62 and requiring at least an annual salary of $7,500 for state workers to qualify for pension funds.

The Republicans’ inscrutable reaction ultimately prompted Gov. Jon Corzine to dispatch his chief of staff, Bradley Abelow, to the Assembly chamber with an additional reform promise that the governor would cap at ten percent the number of positions he will backfill after executive staff retirements.

"We can make a difference if we stick together," concluded Webber.

Bramnick, who just last week likened the position of minority Republicans to bench-warmers, also saw the encounter as a positive development for the GOP. "We haven’t been part of the voice," said the whip. "How many times has my group had the ability to affect anything? Almost zero. On Monday we did."

A dejected Rooney didn’t buy it.

"The so-called concessions from the governor, they could have done that without us," the assemblyman said. "As for the pension reforms, it’s watered down. It’s pap. It’s low level state workers getting hurt."

But Assemblyman Mike Doherty agreed with Bramnick and Webber about Monday being a worthy fight – and a small but critical victory – for the Republicans.

"To the extent that senators had worked with Sweeney was news to me," said Doherty. "But I felt Sweeney was a rather sincere individual, and based on my seven years of experience, we got something significant. I believe that we built some bridges with Sen. Sweeney to pursue pension reforms.

"I love the fight," added the lawmaker. "I would go to the weekend if I saw a scenario where this worked out so that we had stronger reforms, but I didn’t see the use of getting flogged in the press for blocking what we had. This is something we should be proud of…even with 20-20 hindsight, I think it was a proper judgement."

Still, not everyone was convinced Senate Minority Leader Alex DeCroce and Conference Leader Assemblyman Pete Biondi were working from the same playbook. In the lead-up to Abelow’s appearance in the chamber, caucus members questioned whether their leadership knew where it was headed as it attempted to play hardball with Roberts and the Democrats.

State Sen. Kevin O’Toole wondered about all of that too as he appeared among his old caucus members on Monday night at the height of the stalemate.

Under Senate Minority Leader Thomas Kean’s leadership in the Senate, O’Toole had been part of the bipartisan team that helped craft Sweeney’s pension reform measures. The Senate had already passed them by a whopping majority when they went to the lower house.

Were the Assembly Republicans now jeopardizing that deal for the sake of a seat of their pants legislative joyride? Would Roberts walk away in the face of GOP caucus leadership that appeared to lack a cohesive plan?

"You’ve got to have an end game," said O’Toole.

As the hours dragged by with Sweeney and other Democratic leaders, including Senate President Richard Codey, asking the Republicans what they wanted, and Abelow finally getting involved and voicing the governor’s promise, fatigue put an edge on the proceedings.

At one point, Rooney found himself nose-to-nose with Doherty, urging the caucus to hold out for real reform. Another GOP legislator slammed a sandwich against the wall in anger over his party's failure to secure more than the promise of an executive order from Corzine.

But however frustrated he was over the chamber tactics of his party and convinced of their own fruitless efforts, Rooney, in what he sees as a crumbling district kept in Republican hands last year only with plenty of money and toil, reserved a sense of shame for the Democrats.

"Codey had gone before the Bergen League of Municipalities and said he wouldn’t post that bill on COAH and then he went and posted it," Rooney said. "I plan to call Codey out on that. I’ve never been more ashamed than I am now. After last night, I’m not so sure I’m going to stay." 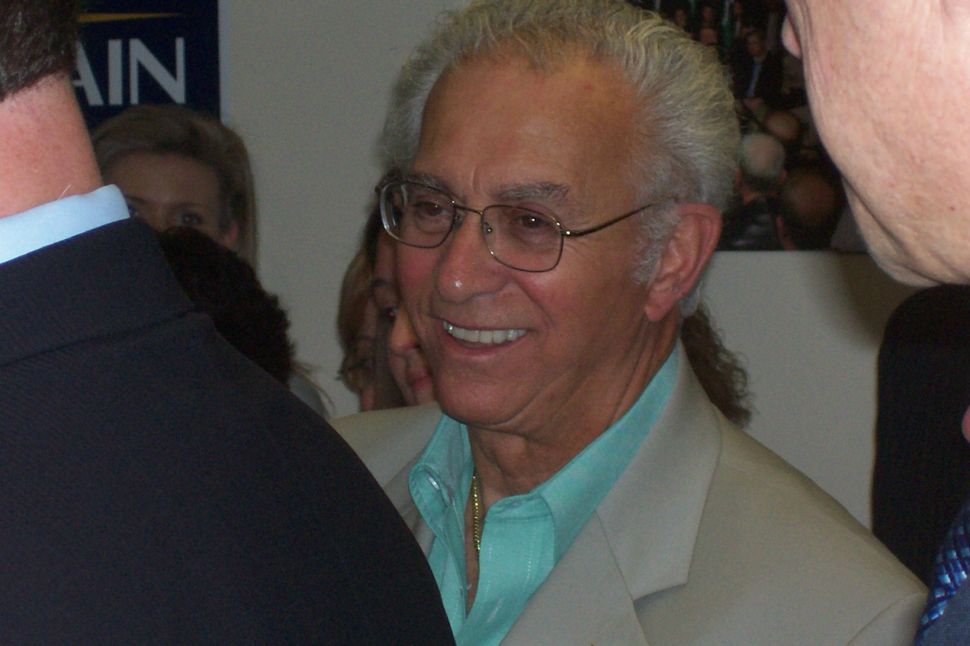