The trouncing Sen. Frank Lautenberg (D-NJ) gave U.S. Rep. Rob Andrews (D-1) last week sends the South Jersey congressman to the back of the line among those Democratic members of the congressional delegation intent on succeeding the 84-year old senator.

"I would say Pallone is right at the top," said Prof. Joseph Marbach of Seton Hall University. "He was the one who put his name in when Menendez put his name in. Pallone toed the Hillary Clinton line in the state."

Sources within the Democratic State Committee said Pallone was among the two or three congressmen who did the most work on Clinton’s behalf, and when it came to getting Lautenberg re-elected, he was just as visible.

"Pallone’s the person who has most ingratiated himself with Lautenberg," said Prof. Patrick Murray of Monmouth University. "Pallone spent a good deal of his own money on statewide radio advertising for Lautenberg and pushed GOTV efforts. He was most vocally on the attack against Andrews throughout the primary."

If his seniority, cash advantage and progressive voting record – including a "no" vote on the Iraq War – also contribute to making Pallone the favorite, Rothman in recent months made the biggest jump forward as the only one among the congressmen who endorsed presumptive Democratic Party nominee U.S. Sen. Barack Obama for president.

"Rothman did rock the establishment a bit with his choice for president," acknowledged Marbach, "but whether that translates into actual political power depends on whether Obama gets elected."

"No one can deny the political highpoint for Rothman," Prof Brigid Harrison of Montclair State University said of the North Jersey congressman’s Obama endorsement. "But also, if we have a President Obama, Rothman may be in a cabinet position."

Holt, the bespectacled, good-government policy wonk who voted against the Iraq War, has a reputation as one of the congressmen least likely to engage in political intrigue.

That can go both ways when it comes time for the payoff in New Jersey politics. Of a fellow Essex County politician, Assemblyman Ralph Caputo (D-Belleville) once observed, "He’s a great guy, I like him. Intelligent, family man, good work ethic. I just don’t know if he’s sufficiently treacherous to be successful in this business."

Prof. Peter Woolley of Fairleigh Dickinson University doesn’t think Holt’s relative newness (nine years in office compared to Pallone’s 20) or lack of familiarity with the cloak-and-dagger side of New Jersey politics would necessarily work to his disadvantage.

"It’s nice to be a Trenton insider, but that can be the kiss of death, too," said Woolley.

"Sometimes the shorter record in Washington helps you. To have been there for years can be a drag. Remember, American voters like the outsider."

Concurred Murray, "Holt doesn’t have power base but he’s made a lot of friends, and he’s very senatorial in his approach to government and politics."

Woolley says his polling on name recognition does not show sizable advantages for any of the congressmen. However, the fact that Holt has been in several competitive races in his district gives him a name ID leg-up on Payne and Pascrell, whose races are bi-annual walkovers.

Like Lautenberg, Pascrell stumped hard for both Clinton and Lautenberg, and produced results for both. In his native Passaic County, Lautenberg beat Andrews by the widest margin in the state.

"He’s going to be the next senator," said an unequivocal Paterson Mayor Jose "Joey" Torres.

If politicians have their followings from one district to the next, the experts are mindful of other potential senatorial starlets landing on the scene, especially given the precedent of out-of-nowhere millionaires like Lautenberg and Corzine to win backing with donations and/or self-financing.

"In New Jersey, where there are so many affluent individuals, never underestimate the possibility of someone upsetting the farm team," Harrison said.

Should Lautenberg leave before his six-year term comes to an end, Gov. Jon Corzine may choose his successor. To the rumors that Andrews had been first in line prior to his run against the senior senator, South Jersey Democrats said they could never be certain, which is one of the reasons Andrews ran instead of waiting.

"He was telling all of them that they were his first choice," said a South Jersey source in the midst of Andrews’s primary battle with Lautenberg.

Prof. Harrison said given the organization’s undeniable ability to produce results, they may credibly advance another U.S. Senate candidate in place of Andrews – someone like Assembly Speaker Joseph Roberts (D-Camden), for example.

But now there are other factors in play. 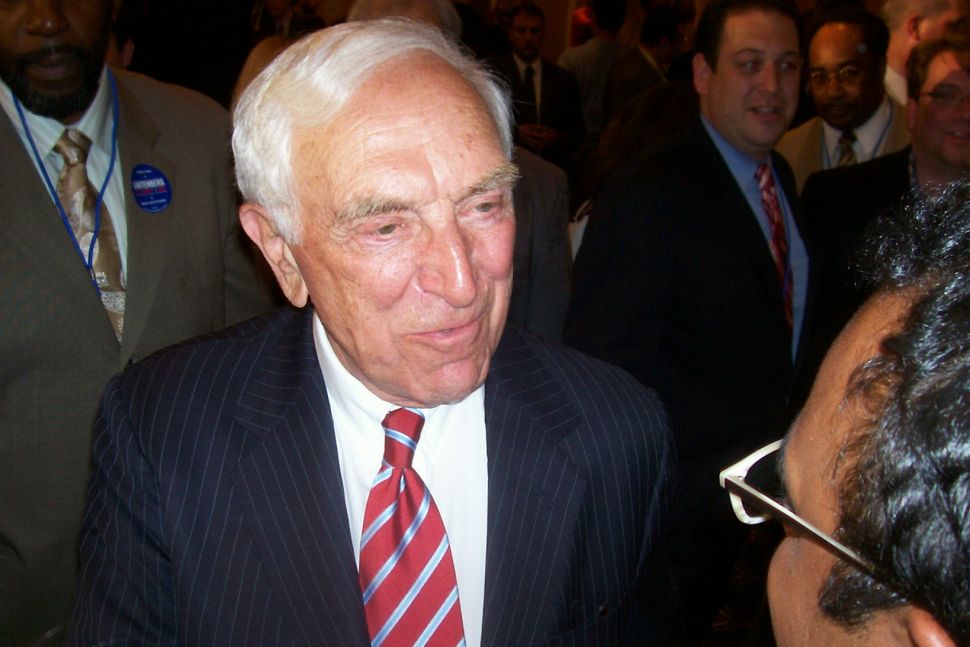