The Observer Media Group today announced that it has hired Justine Lam to serve as Director of Online Marketing for Politicker.com.

Lam, who was eCampaign Director of the Ron Paul Presidential campaign, will be responsible for the expansion of the Politicker.com brand and readership through the application of new media and traditional marketing. She will manage all social and grassroots marketing initiatives. She begins her duties as Director of Marketing on June 2, 2008.

Politicker.com is a network of political news websites currently spanning 14 states. The sites are dedicated to providing up to the minute reporting in all areas of state and local politics.

"As Politicker.com is becoming a trusted resource in political reporting, it will also become a leader in the way online political news is presented and reaches its targeted audience. Justine has proven herself to be savvy on reaching a politically passionate audience using the latest technological tools," said Publisher Jared Kushner.

"We're excited to have Ms. Lam join our Politicker.com team. Her expertise in using social media marketing and interactive media strategies in the world of politics will be invaluable in continuing to build awareness of our product and to enable our politically-savvy users to become promoters of our site," Kushner added.

Lam is a pioneer in the world of new media and web politicking. She was recently named a "Rising Star" by Politics Magazine. Fortune Magazine deemed her a "fundraising dynamo" ("Six Leaps of Innovation," January 2008) and Time Magazine called her Ron Paul's eCampaign guru (October 4, 2007.)

Her decentralized online strategies empowered and encouraged supporters to self-organize and generate an extensive web presence to spread the candidate's message which encouraged a community of support that led to the ground-breaking fundraising achievements in 2007.

"Politicker.com continues to fill an important niche in providing critical and time-sensitive political coverage to political insiders and decision-makers in each state," said Lam. "With Politicker.com's unique and relevant content, it is well-positioned to take full advantage of the latest web and mobile tools, such as videos, podcasts, blogs, wikis, text messages, in order to provide real-time news coverage and critical information to our audience in a variety of mediums. I'm delighted to join this growing organization and look forward to the challenges of growing the Politicker.com brand online and increasing its readership."

In past nine months, Politicker.com has significantly expanded its online political reporting presence. To date, Politicker.com has launched websites in 14 states. Each website has its own domain name in the form of Politicker(state).com, with an anonymous editor and one to two reporters. Each site provides daily interactive polls, blogs, rankings, newsletters, online video-coverage, and photos specific to the state.

Prior to Lam's work on the campaign, she directed a public policy fellowship program in Washington, DC and worked as a public policy consultant to federal, state and local government agencies. She is a graduate of University of California, Berkeley.

Politicker.com websites are not affiliated with any political party or ideological agenda. 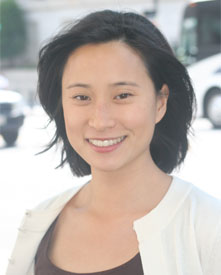