The Hunterdon GOP faithful are proud and excited tohave two residents on the general election ballot in important races: Dick Zimmer running for U.S. Senate and Leonard Lance for U.S. Congress in the 7th District.

Both candidates backed 28-year chair Kuhl for another two-year term.

"We win because of a positive approach," the chairman told the crowd. "I may not seem as passionate about some things, but this is because I have a calming attitude. I listen. I work with you. The reason we have the most successful organization in the state is because I and others have made it so."

With the Lance and Zimmer contests looming in November, the attendance was high and the mood enthusiastic at the reorganization meeting tonight as202 county committee members decided that Kuhl still has the energy level to do his job.

Earlier in the evening, the mostly regional build-up for Peck – mayor of Bloomsbury for the past five years – had everything to do with new energy and new ideas. There were no words of disrespect for Kuhl, simply several appeals for new blood.

But it wasn’t enough to break through the support for Kuhl, whose re-election in this nearly 2-1 Republican county camefollowing several warnings about Peck’s employment with Florio-Perrucci, the law firm of former Gov. Jim Florio.

When he nominated the chairman, Mayor Rob Walton of Hampton Borough said Kuhl’s integrity continues to impress him. He’s not a pay-to-play overlord, Walton told the crowd.

"As a mayor and as a councilman, I’ve never been given marching orders," said the Hampton mayor. "Henry never interferes. "

Arguing unsuccessfully for his own candidacy, Peck said his diagnosis of the party’s problems has gone un-rebutted.

"The Republican Party needs new energy and a new direction," said the candidate, who griped that he had been subject to a "shameless," "slanderous," and "contemptible" character assassination in the 11th hour.

"Yes, I am a partner with the Florio-Perrucci law firm," saidPeck, his voice rising. "We have a number of attorneys in a number of states. They look at me, I’m this Reagan conservative who won’t shut up. But to think that I’m compromised is a disgrace. …I’m my own man. I’m nobody’s puppet."

But Kuhl the veteran had the Hunterdon County street cred,and received sustained applause on his re-election.

The third biggest hand of the evening – following rounds of applause for Lance and Kuhl – went to Assemblyman Michael Doherty, who when asked if he wanted to make a speech in the muggy Hunterdon night replied bluntly, "No." 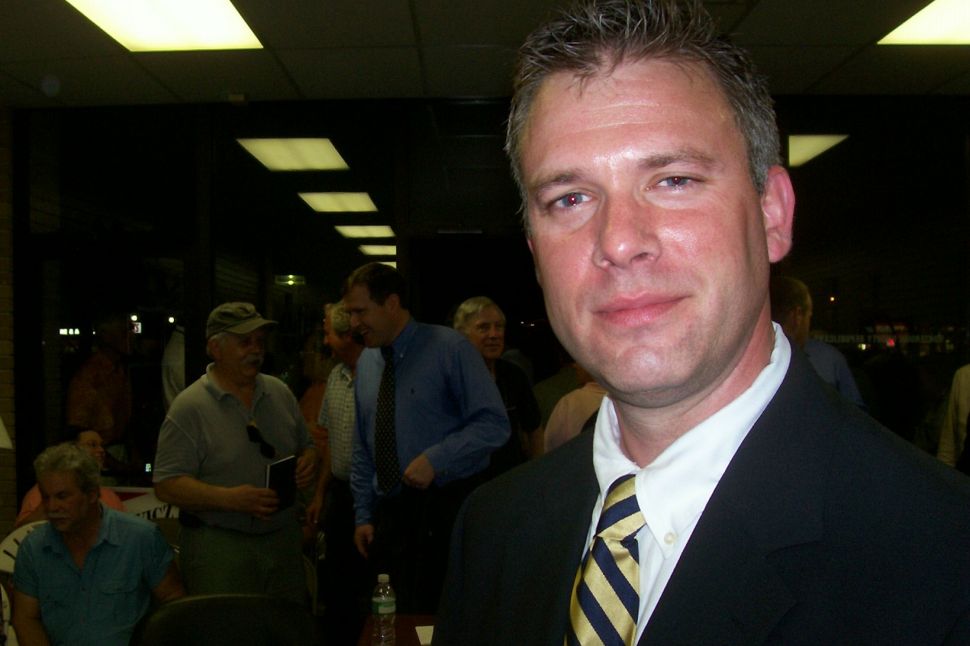