TRENTON – Five 11th hour bills dropped by Sen. Stephen Sweeney (D-Salem) have set up a horse trading situation here in the Statehouse during the budget session.

The Assembly Budget Committee passed the $32.8 billion budget by a vote of 7-4, with one abstention by Assemblyman John Burzichelli (D-Salem). In their majority caucus, rank and file Democrats didn’t want to touch Sweeney’s controversial bills targeting state workers, according to sources.

Now the Assemblyman Louis Greenwald-chaired budget committee pounds through a number of other bills to be included in time for Monday’s full Assembly budget vote.

Sweeney, meanwhile, over on the Senate end of the Statehouse, sent out signals that he won’t support the budget unless the substance of his thorny labor bills are included in the final product.

"It’s going to be a long night," the labor leader/senator told reporters as he threaded past to occupy his chair on the Senate Budget Committee.

At first, one of Sweeney’s most contentious proposals would have changed the state workers’ pension formula from sixty times the highest salary average of three rather than five years, which is what it is now.

Then that was off the table.

Later in the evening, sources said Sweeney proposed to limit holidays and time for sick leave.

Red and purple armies of state workers walked through the halls of government all day, worried about any reduction in their pension plans.

"It reminds me of two years ago," said Assemblywoman Alison McHose (R-Newton), who voted "no" on the budget in committee along with fellow Republicans Assemblyman Declan O’Scanlon, Assemblyman Joseph Malone, and Assemblywoman Marcia Karrow.

Assemblyman Joseph Cryan (D-Union) voted to move the budget out of committee, but said he couldn’t vote for it on the floor in its current form, saying the budget’s cuts to hospitals in his legislative district are too severe at present.

Critics say their understanding of another of Sweeney’s measures means part-time cafeteria workers, school bus drivers and others would be cut out of the state pension system.

Now Assembly people continue to meet with party leadership behind closed doors as part of a determination to see who will yield to Sweeney’s pension cuts in exchange for securing key support for measures they want in this budget.

Chief among the bargaining items seems to be a $3.9 billion new schools construction allocation, but there are others. 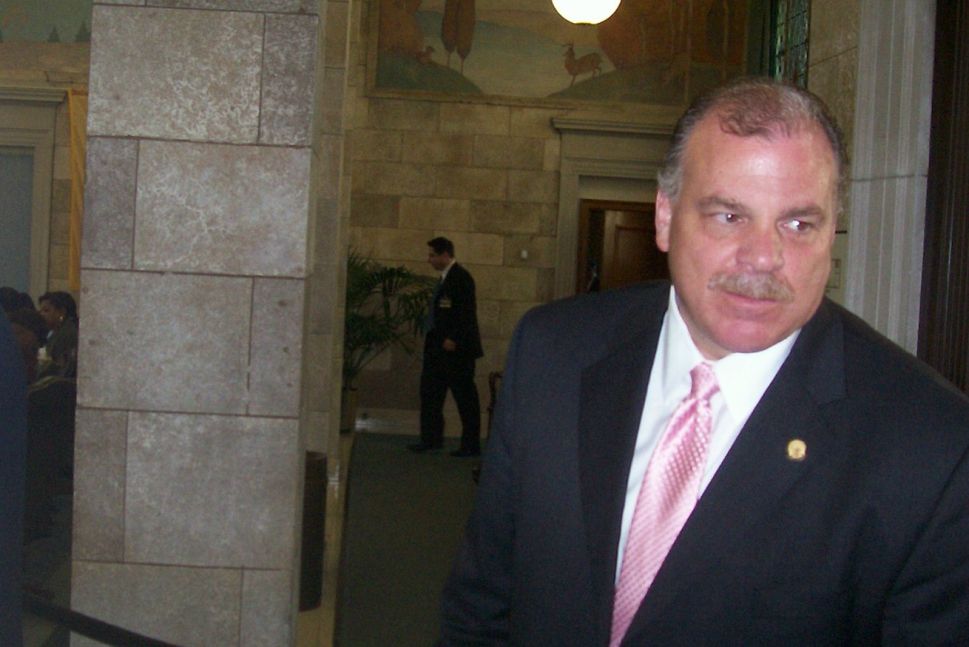