It's hard to believe that it's only been a week since Hillary Clinton officially suspended her campaign and pledged her support to Barack Obama. Insiders have long wondered what that pledge would cost. Help in paying back her campaign debts? A position in an Obama administration? The vice presidency? And what role in the negotiations will Bill Clinton play?

Come up with a pointed caption for this cartoon and post it in the comments link below. Keep it clean (this is a family website) and keep it brief (brevity is the soul of wit). When you post, include your name and the name of the city where you live. If you wish to remain anonymous from others, simply email your caption idea to me at rob.tornoe@politicker.com. Your deadline is noon Friday.

We'll post the winner's name and caption here Saturday morning, along with several runner-ups. If you send us your name and address, we'll mail the winning writer a color print of the cartoon with the caption, signed by Rob Tornoe. Please allow at least 4 weeks for delivery.

If you have any questions or suggestions, feel free to email me at rob.tornoe@politicker.com.

Good luck, and have fun! 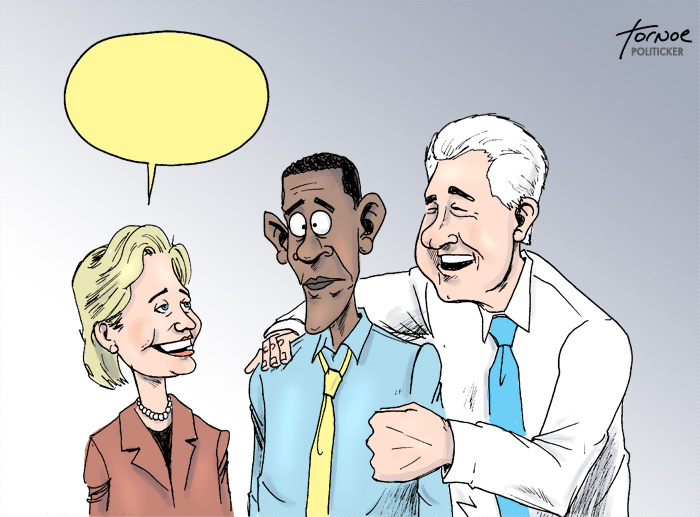