Gov. Jon Corzine does not yet have a defined role in the campaign of Sen. Barack Obama, according to the State Democratic Committee Chair Joseph Cryan (D-Union).

But in the last week, Corzine has revved up his advocacy for the presumptive Democratic nominee: likening Obama to the late Bobby Kennedy in a pump-up-the-troops speech in Newark, cheering on a statement of support for Union workers in Atlantic City, andpresiding overan Obama campaign conference call Sunday, toting his presidential candidate’s plan to limit oil market speculation.

All of that was in addition to his participation at an economic summit with Obama last Thursday in Chicago.

Today, Corzineappeared on MSNBC’s "Morning Joe" with Joe Scarborough, fleshing outan Obama-conceivedfour-step program that would, among other things, close an "Enron loophole" that protects some energy futures trading from oversight by the Commodity Futures Trading Commission.

"I think everyone believes there's too much speculation in the oil markets, and a lot of it flows directly from that particular loophole," Corzine said on Sunday’s conference call.

The governor, along with Sen. Bob Menendez (D-NJ), attended a parade rally on Saturday in support of union members at four of the city’s biggest casinos who are seeking signed labor agreements.

At the event, Menendez read a statement of support from Obama.

"I encourage the employers in the gaming industry and the UAW negotiators to come together," said Obama in the statement, "and to recognize that work should be rewarded with a few basic guarantees, such as: quality, affordable health care when you get sick; fair treatment in the workplace and wages that can raise a family; and a dignified and secure retirement." 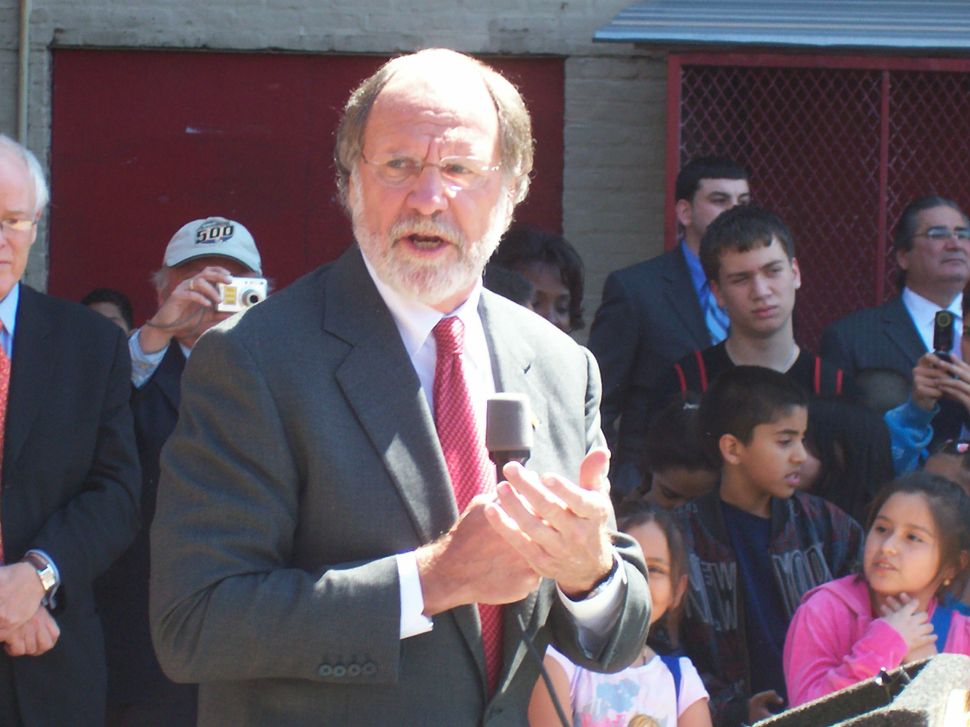