Sen. Bill Baroni (R-Mercer), statechairman of John McCain’s Republican presidential campaign, joked that he first knew he was ok with McCain when the gruff war vet called Baroni a jerk.

One of a handful of New Jersey elected officials who supported the Arizona senator at the start of the Republican primary, Baroni goes back nearly ten years with McCain. He left his job at a law firm in 1999 to try to help his candidate land the Republican nomination in 2000.

The New Jerseyan accompanied McCain on the campaign trail throughout Michigan, South Carolina and California. They eventually lost to Texas Gov. George W. Bush, but McCain and Baroni forged a political relationship.

"I found him to be an extraordinary American," Baroni said of the U.S. Senator who didn’t forget him, and in 2003 taped a phone call and wrote a letter of support for the budding GOP legislator, then lent his presence to a "vote Baroni" television commercial in 2005.

Now a freshman state senator, Baroni never considered another candidate for president in 2008. "It wasn’t even close," he said. "If he didn’t do well, I figured I’d go down with the ship."

With Bush’s troubled presidency now behind the country, Baroni finds himself staring up at a potential Democratic Party juggernaut in his home state come Nov. 4, ready to swamp the man who in his private moments might make the case that he went to political war in a national election against Bush before anyone.

Baroni maintains that the McCain campaign has a shot in New Jersey, despite Republican losses at the presidential level going back to 1992. Also stoking the Democrats isthe post-Bushpolitical terrain, whichshows GOP congressional candidates in mid-summer financial turmoil, McCain's own dismal fundraising compared to Obama nationally, where the Arizona Republican lagged in the last quarter: $22 million to $52 million, and thousands newly registered Dems.

Still, Baroni says, it’s no automatic beat down for his rivals,and the polls at leastbear that out.

Democrats close to the Obama campaign confidently point out that New Jersey doesn’t even crack the top 35 states in terms of where McCain’s adversary means to concentrate general election forces and resources.

But Baroni said there are two pieces of evidence for why he believes his political foes do not – and should not – consider Jersey simply a blue state gift.

"First, Sen. McCain has made appearances in New Jersey five times – not for fundraising events, but for political events," Baroni said. "Second, one of the top political thinkers I’ve ever worked with is the Obama Campaign’s state director."

The reference is to Patricia Mueller, a political operative with the Carpenters’ Union and the Obama campaign’s state director.

"This is a top talent, and not just for New Jersey," said Baroni. "They could have put anybody in there if they weren’t serious about New Jersey, and they didn’t. She’s a brilliant political strategist. We are facing an extraordinary opponent."

Despite that one mind-numbing figure for Republicans from the same Strategic Vision poll – a President George W. Bush job approval rating of 15% – McCain cut from the administration on climate change and on America’s early prosecution of the war in Iraq, Baroni notes.

"I think people know Sen. McCain’s been independent of the White House," said the state chairman, but whether it will be enough to beat what Democrats foresee as a blue state uprising, he will only say it’s going to be a battle, and not an unstoppable onslaught. 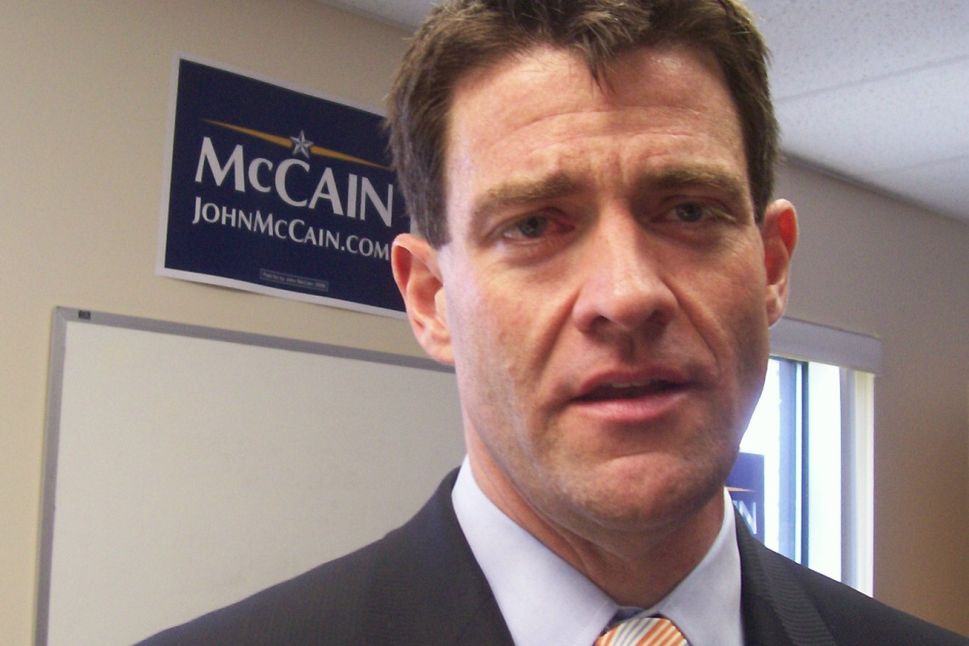