First, McCain adopted Obama's longstanding notion of sending at least three additional combat brigades to Afghanistan, even after McCain said for years that Iraq was the central battleground in the war on terror.

Now, McCain says that he thinks Obama's 16-month timetable for withdrawing troops from Iraq is a "pretty good timetable."

Coming next week: McCain changes his position on the gas-tax holiday, calling it a "political gimmick." 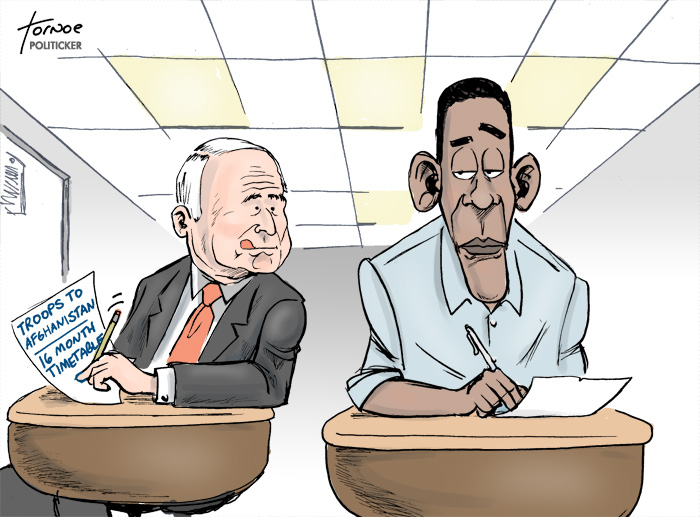