ASBURY PARK – As the son of a WWII infantryman who also served in the Korean War, state Sen. Sean Kean (R-Monmouth) found himself drawn to the presidential candidacy of U.S. Sen. John McCain (R-AZ).

"You know more about a guy because of what he’s able to endure," said Kean, a New Jersey co-chair ofthe McCain Campaign.

When McCain’s most senior supporters in the state talk about going after "Reagan Democrats," they’re describing voters with backgrounds not dissimilar from Kean’s.

The state senator’s Irish-American family were among those Kennedy Cold Warriors who gave JFK a New Jersey victory in 1960, and 20 years later made the exodus out of the Democratic Party to vote for Ronald Reagan, who won New Jersey back-to-back in 1980 and 1984.

"You could fit all of us in a closet in 2000," said the senator, who was also one of only several New Jersey Republican elected officials backing McCain amid a deluge of pre-Feb. 5, 2008 Rudy Giuliani supporters.

In his Asbury Park law office, a picture of Kean and McCain at Brookdale College in 2005 hangs alongside a picture of the senator’s labor leader father and John F. Kennedy, the future 35th president. While serving as press secretary for the state AFL-CIO, the late Thomas J. Kean, former U.S. Army staff sergeant who went to war at age 16 and a Democrat, picked Kennedy up from the Atlantic City Airport in 1957.

A moderate who serves in the maritime 11th legislative district, Kean admits he does not agree with McCain on some of the issues, including offshore oil drilling, which Kean believes ought to be banned.

But on issues of national security, Kean sees in his candidate the solid link to Kennedy and Reagan, and even more fundamentally, "To me… the qualities in a presidential candidate are integrity and character," said Kean. "His maverick streak is also proof that when he gets the job he has the capability to think outside the box."

"I think Obama’s ascent has been much more choreographed and much more predictable than McCain’s," Kean said.

Lacking what he wants to see in the way of specific evidence of Obama’s fortitude and public service, the senator says he is suspicious of the Democrat’s "change " message.

"Youth is attractive," said Kean. "But at a time when our country is at war, McCain has one foot in the 20th Century and enough vision to move us forward.

"We know the issue here is the war," added Kean. "The war has a lot to do with the negative branding of the Republican Party. But even though it’s an unpopular war, people know we can’t just pick up and leave. McCain advocated for the surge, and I think a key reason why he did was because he knows, personally, about what those guys on the ground needed over there in Iraq. They need the ability to get the job done and done right."

Kean, with memories of his own father’s sacrifices in the jungles of the Phillippines and in Okinawa, identifies with McCain’s respect for his father and grandfather, both Navy admirals.

Standing in his office in 2007, the life-sized cardboard photograph of McCain in his pilot’s gear from Vietnam and signed photos of the presidential candidate looked like campaign scraps of yesteryear. Not so now, as McCain, once the underdog to Giuliani and former Massachusetts Gov. Mitt Romney, is the Republican presidential nominee.

As a McCain surrogate, Kean attended debates throughout the primary last year and early this year, arguing for why he believes the arc of history bends necessarily toward a McCain presidency.

Having been connected to his candidate longer than most of the Arizonan’s New Jersey supporters, Kean intends to work hard in the coming months. He’s opening his own senate campaign headquarters in his hometown of Wall, where he will be able to dispatch volunteers to McCain’s campaign headquarters in Freehold, for countywide organizing operations.

He knows it’s a blue state and a tough year in a battleground county, but Kean trusts in the traditions, which he says McCain upholds, which Kean believes are bigger than either party. That said, he wouldn’t expect anything to come without a fight. 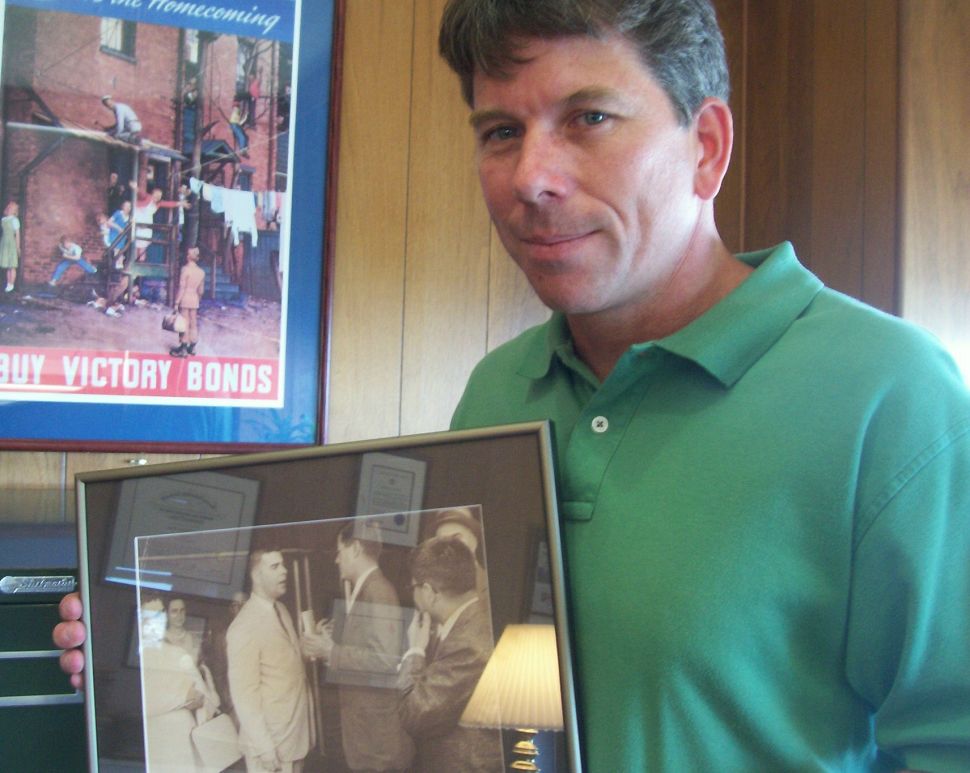