SEA GIRT – It was a happy political scene to walk into there in the basement of the Parker House last night, as Obama button-clad volunteers with clipboards approached Hudson County political operatives and asked them if they wanted to sign on to help with the campaign.

Some of the latter were onetime Hillary Clinton backers for whom the change-up to Obama is a painful perhaps but ultimately natural function of primary politics.

They didn’t need the enthusiastic prodding of volunteers to get them to go there.

Awkward maybe, but the exchange revealed what State Chairman Joseph Cryan describes as a "win-win" for his party, as Democrats hope to blend traditional machine and new grassroots soldiers into one general election march.

In ragtag step were those roughly 150 members and friends of Democrats 2000, young party members seeking greater representation of their generation in elected office, who came here to the Parker House to jaw about politics over the open bar.

Gov. Jon Corzine and a flood of young staffers from his administration made an appearance at the beach bash. The governor could be observed talking with Monmouth County freeholder candidate Amy Mallet.

If Obama might be the ultimate "youth" candidate on the national level for some of these Democrats, Assemblyman Ruben Ramos (D-Hoboken), Middlesex County Freeholder James Polos, Orange Mayor Eldridge Hawkins, South Plainfield Council candidate Christine Buteas and many others are the local beneficiaries of this organization, which backs young politicians around the state.

Every year, the organization finds candidates under 40 and draws up a "recommended" list. The candidates on that list get donations from Democrats 2000.

"We have a very balanced board," said executive board member Elizabeth Meyers of Middlesex. "We attempt to put all politics aside for the good of the party. It’s about all of us working to elect people of our age group."

The organization raised $35,000 on Thursday. 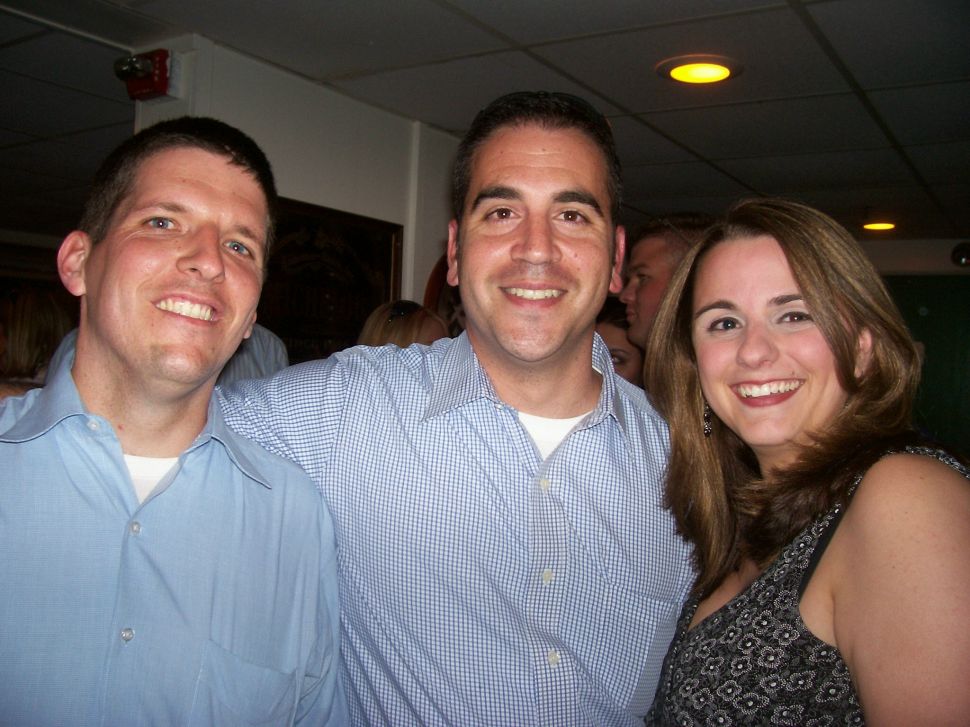