"I am sure that Councilman Fulop recognizes, as do I, how difficult it is to create a more responsive and responsible government when the primary interest of many elected officials lies in perpetuating a cumbersome, costly bureaucracy that rewards the few, at the expense of the many," Mason said.

Elected last year to fill a vacant seat in the city’s second ward, Mason – like Fulop in Jersey City – is a likely 2009 mayoral candidate.

Of Mason’s proposal to limit public salaries to one per elected official, Cammarano said his council colleague and possible rival mayoral candidate had undertaken a frontal attack on his ally, At-Large Assemblyman/Councilman Ruben Ramos (D-Hoboken).

"It’s obviously directed right at Ruben," Cammarano said. "It would be nice if Councilwoman Mason came up with her own ideas. Whether it’s imitating Fulop or Russo, there’s no original content to anything she does."

Mason, who represents the Second Ward, said her objective is not to punish anyone who holds another public job, but "merely to send the message that elected office holders have to make a choice; they can either represent the people who elected them, or they can work to advance their own economic interests. But they can’t do both."

The councilwoman admits it will probably be tough for her to muster the necessary support for her measure, but says it will be interesting to see who falls on which side of the issue. 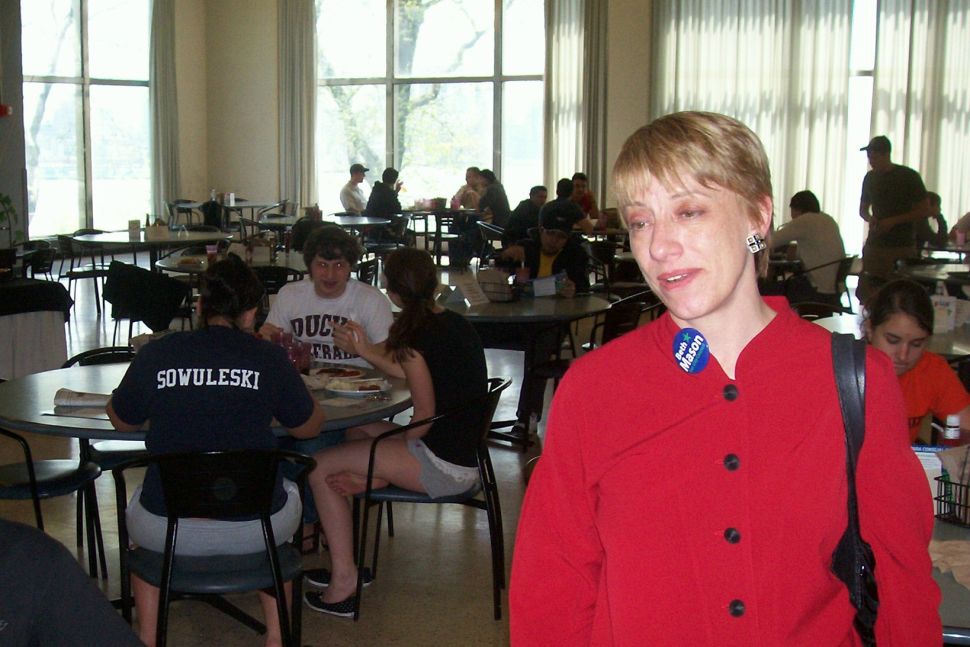