HAMILTON – Politics and union organizing weld into one for Tricia Mueller, the new state director for Barack Obama’s presidential campaign.

Granddaughter of a Local 19 sheet metal worker or "tin knocker" as they're called in building and trades, Mueller first started working campaigns for her father, a telephone installer who served as the youngest mayor of Oaklyn, New Jersey.

"I could read a ward map from the time I was very small," said the 34-year old Camden native and chief political operative for the 17,000-strong New Jersey Regional Council of Carpenters, as she sat in a Hamilton coffee shop on Thursday, three days into her tenure as Obama's state director.

"I come from the field," she told PolitickerNJ.com. "I believe voter contact, voter mobilization, and voter education represent civic duty at its finest."

Gov. Jon Corzine and Democrats who know statewide political operations have a lot of confidence in the veteran Mueller.

"Tricia really knows the ropes, knows all the players, and more importantly knows how to get stuff done," said Mercer County Executive Brian Hughes. "What this shows me is that the Obama campaign is not taking New Jersey for granted, as they picked one of the best political operatives in the state."

"We’ve worked with her in the past, and she was very helpful with Joe in his campaigns. The state director of a presidential campaign organizes county by county and on that basis they picked the right person, because she’s great at field operations."

Mark Alexander, who served as state director during the primary campaign, said of Mueller, "She has a great attitude about the work and about Barack Obama. She knows what’s she’s doing, and I’m very happy."

A self-professed Obama supporter in the 2008 primary whose union backed John Edwards, Mueller said she first heard Obama speak when she served as a John Kerry delegate at the 2004 Democratic Convention in Boston. From a labor standpoint, AFL-CIO President Charlie Wowkanech calls Obama "the opportunity of a lifetime," and Mueller agrees.

"Barack Obama holds a lot of promise for New Jerseyans, and for working class and middle class people across the board," she said. "The state of the economy is in such disrepair, and everything is so expensive. The Bush administration has not put us in a very positive place, and so people are feeling politics in a very personal way."

While she respects Sen. Hillary Clinton and as a woman praises what she describes as Clinton’s trail-blazing primary campaign, Mueller said she was ultimately not convinced by the candidate’s message.

"Barack Obama’s message is about change, and a Barack Obama presidency speaks volumes about where we are in a global setting," Mueller said. "I’ve spent time abroad, and I’ve seen the effects of trade on Third Word countries. Bill Clinton was a huge supporter of NAFTA (the North American Free Trade Agreement), and it was difficult to picture Hillary Clinton making change in that regard."

As she looks across the party divide at the John McCain campaign trying to position itself as the blue collar team, Mueller notes that the presumptive GOP presidential nominee has a poor labor rating, and voted against raising the minimum wage, protecting workers’ overtime rights, and prevailing wage laws.

"John McCain has supporters, but Barack Obama has believers," said the state director. "When you have people who believe in a real spirit of change, it’s a different motivator."

Obama’s record as a community organizer turned ward politician especially inspires Mueller, who discovered her own path to organizing shortly after her graduation from the College of New Jersey, when she worked on women’s and workers’ rights issues in Mexico and Central America.

"I decided the labor movement would be a really good place for me to give back," she said. "I wanted to learn how to organize, and to me unions always felt like the most valid social movement with their emphasis on equity in pay, living wage, retirement with dignity, and elevating quality of life for working people."

For eight years, Mueller has run political operations for the Carpenters’ Union as one of the country’s highest ranking women labor leaders in building and trades. Her work for the carpenters routinely spurs politicians – including Corzine, Sen. Robert Menendez, former Gov. Jim McGreevey and Sen. Frank Lautenberg – to recruit her as a political organizer for their campaigns.

"I have relationships all across the state on both sides of the aisle," she said. "I’ve organized every county in the state. I’ve established myself politically in New Jersey. This is my home."

With Corzine’s backing, she out-dueled U.S. Rep. Steve Rothman's chief of staff Bob Decheine to last week officially land the job as head of the Obama campaign. Following her victory, she went down to Washington, D.C. to meet personally with Decheine, whom Obama selected as the campaign’s senior advisor.

Now Mueller has less than 90 days to pull together Democratic Party forces, which include at least two potentially disparate strains: the original grassroots organizers for Obama, who fought the party machine and now must be absorbed into it; and the holdouts from the Clinton primary campaign, some of whom still see Obama as an upstart.

"We have to bring everyone into honest discourse," said Mueller. "People need to speak up. The thing about New Jersey is we’re a small but incredibly diverse state. We’re politically diverse state, which means how you do politics in Burlington is different from Middlesex. We do not have one statewide cookie cutter model. 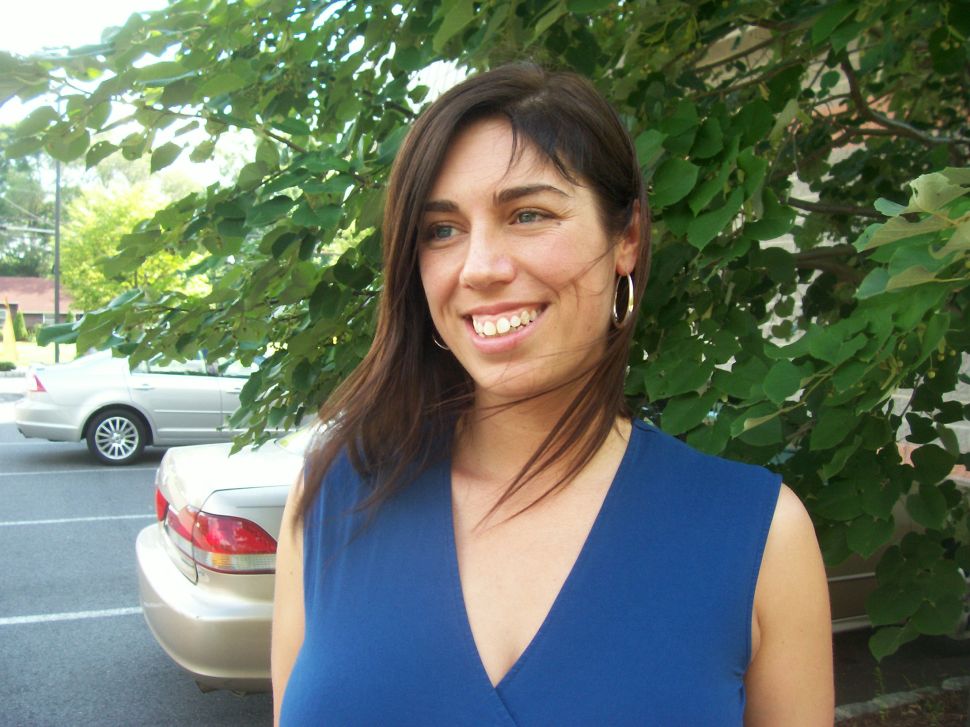