In the face of Bush’s stated attempt to handle the country’s gas crisis, Adler issued a chastising release.

"Lifting the moratorium on offshore drilling will have catastrophic consequences on our state’s tourism industry, jeopardize the livelihood of anglers and cause great harm to the Jersey Shore," Adler said in a statement.

Republican Myers likewise reiterated his opposition to the ban-lift, and to an alternative proposal by presumptive Republican presidential nominee Sen. John McCain (R-AZ), which would allow the states to decide.

"We stated our opposition to both the Bush and McCain proposals 20 days ago," said Myers campaign manager Chris Russell. "Chris opposes President Bush's plan and believes Senator McCain's plan to leave it up to the states would still put New Jersey beaches at risk because of ocean currents, just like we were when New York trash ended up on New Jersey beaches roughly 20 years ago."

Even though the candidates agree in this case, Adler has been using what he sees as the Bush administration’s misfires as examples of a Republican Party that has wandered away from the values of 3rd District residents, who have traditionally leaned toward the GOP.

"President Bush has already damaged both our economy and our environment," Adler said in his statement. "Instead of calling for offshore drilling, the Bush administration should first demand that oil companies explore the 68 million acres of land currently leased for oil and gas development in the continental United States that has been untouched thus far, or force them to ‘lose it’." 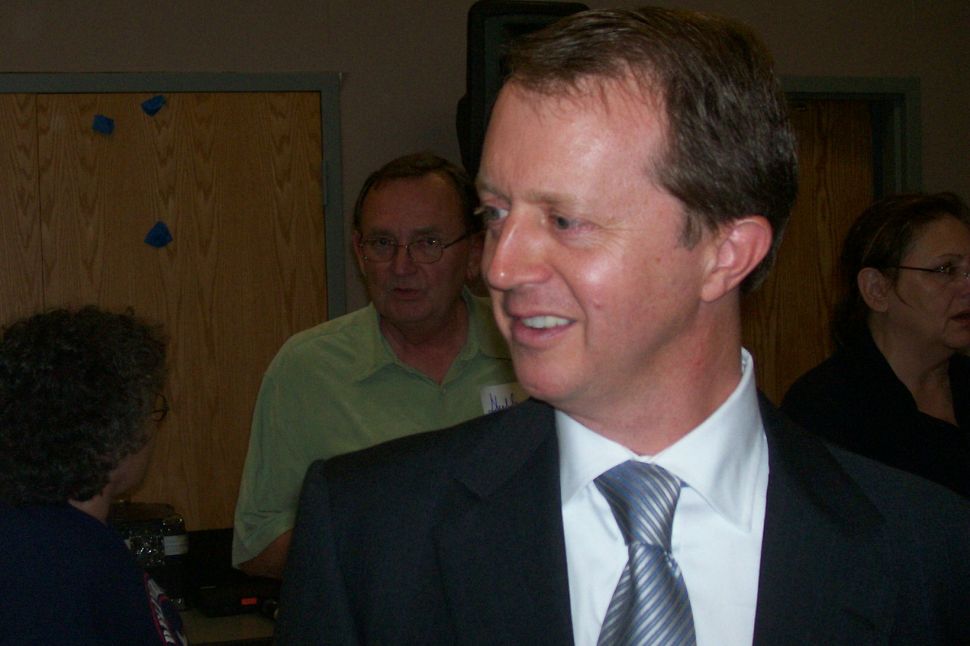