The rule changes for the Council on Affordable Housing (COAH) in the successfully passed S-1783 last month include the government imposition of fees on non-residential development in order to build an affordable housing fund.

The provision is aimed at stimulating affordable housing in the suburbs, but Myers worries it would create a glut of over-development in the suburbs and destroy residents’ quality of life.

"This is a bad bill by typical Trenton politicians, which is why John Adler’s bad for Washington," Myers said.

The Republican argued that the fees the government wants to impose on developers would not generate sufficient fundsto pay for theminimum requirement of 11,397 units spread among the 3rd districts’s 52 municipalities. Myers said at an average of $237,471 in COAH region V, the new units would costmore than $2.7 billion.

He dreads the slack taxpayers would have to pick up to offset a measure he says is bound to fail.

"This is a multi-billion dollar tax increase that is being jammed down out throats," complained Myers, who used the backdrop of Trotter’s Mill Crossing as an illustration of open space preservation that would be under siege if the affordable housing changes backed by Adler go into effect.

In a statement released after the Myers press conference, the Adler campaign derided what it sees as Myers's naysaying tendencies.

"Mayor Myers is against everything and stands for nothing," said Adler campaign manager Raiyan Syed."All Mayor Myers has done is raise taxes and spending in Medford, take tainted campaign contributions from GOP political bosses, and dodge questions about the serious issues."

"It’s just a God awful piece of legislation," said Delaney. "Let’s be very clear. This is big city politicians doing a money grab into the suburbs to pay for the failed cities in this state. It’s a sham."

"He’s signed off on 43 tax increases since he’s been in office," the Republican congressional candidate said. "Property taxes have risen because of unfunded mandates and Trenton politicians who have ruined this state. John Adler has been in Trenton for 16 years."

Myers’s press conference came three days after Adler held a town hall meeting just minutes from here at the Mount Laurel Library. There, the Democrat lamented Bush administration policies that have mired America in a costly war in Iraq and squeezed the middle class.

A pattern was emerging in mid summer.

Adler attacks what he sees as the failed federal policies of the Bush administration, and Myers reminds voters that Adler is a Trenton insider who has failed over the course of a long career to halt state spending.

Today, Myers, a vice president with Lockheed Martin and Navy veteran of the first Gulf War, said the surge in Iraq is working.

"The bottom line is we have to figure out a way that makes it look like we’ve won," said Myers. "We cannot leave Iraq unless we’re viewed as having won that war. …I don’t want to be back there in Iraq two years from now because we didn’t finish the job."

Myers said he believes American can fulfill its mission in Iraq without going to war with Iran, which this week tested its ballistic missile systems, according to news sources.

"Like the failed Presidency of George Bush, Mayor Myers has no new
ideas to fix the broken system in Washington or take America in a new
direction. That's why leaders across the country and our state are
REJECTING the old Bush-Rove slash and burn politics of Mayor Myers and instead are supporting John Adler for Congress," Syed added. 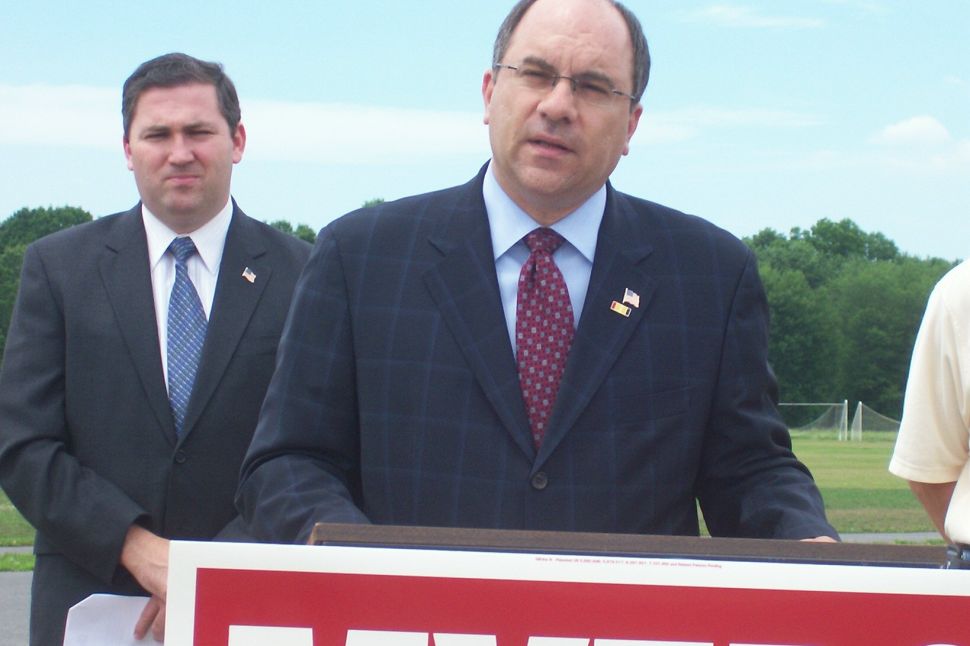