“For a long time, Robert Jordan was the man I admired above almost all others in life and fiction,” John McCain wrote a few years ago about the doomed guerrilla hero of his favorite novel, Ernest Hemingway’s For Whom the Bell Tolls. Last month, in an interview with Rolling Stone, Barack Obama, when asked to name “Three books that have really inspired you,” cited the same epic Spanish Civil War tale, alongside Shakespeare’s tragedies and Toni Morrison’s Song of Solomon.

Besides revealing an unusual area of bipartisan agreement, Mr. Obama’s choice signaled the end of a curious, idiosyncratic reading trend among politicians that began two summers ago with George W. Bush’s ranch reading of Camus’ The Stranger. The trend reached its apotheosis a year ago when Mitt Romney named L. Ron Hubbard’s Battlefield Earth his favorite work of fiction.

In Hemingway’s book, Jordan, a volunteer from Montana in the International Brigades, falls in love, blows up a bridge in enemy territory and dies firing a submachine gun at a fascist officer, sacrificing himself to help save his retreating Spanish comrades. According to his memoir, Worth the Fighting for (the title is borrowed from a passage shortly before Jordan dies), Senator McCain’s admiration for the novel and his identification with Jordan began at the age of 12, when he happened across it in his father’s library. He opened the book randomly and was struck by a gruesome passage where the leader of Jordan’s guerilla band executes four soldiers in the guardia civil. Senator Obama’s love of the book is more mysterious. There’s no mention of it in Dreams From My Father or The Audacity of Hope, nor in any previous interviews. Although both campaigns declined a request to discuss Hemingway’s work and the legacy of the Spanish Civil War, some of Jordan’s real-life comrades offered to weigh in.

“I’m skeptical of both of them,” Matti Mattson, a former ambulance driver with the Abraham Lincoln Brigade, said from his home in Brooklyn. “I don’t know if we’re going to get a sufficient change in the general politics of the country,” the 91-year-old retired printer continued. Mr. Mattson, who once gave Hemingway a lift to the front in his ambulance (“he just kind of sat there”), thought La Pasionaria, the Basque firebrand and Communist leader, better embodied the “audacity of hope” than either Mr. McCain or Mr. Obama. “I heard her when we left Spain in 1938. We marched down the Diagonal in Barcelona, then we had a meeting at the end there and she spoke,” he said. “I think she was braver than either one of them.” And while he called Mr. McCain a courageous soldier, he felt the senator’s reputation for dissent was overblown. “He’s been somewhat of a maverick in the Republican Party, but not to the extent where they ever said, ‘Let’s kick him out!’”

George Sossenko, a Russian-born, Paris-reared veteran who fought in an anarchist division in Spain as a 17-year-old, seemed unconvinced about the genuineness of the nominees’ shared literary choice. “Both candidates are playing with sentimental feelings that our people still have for Hemingway, without mentioning the fact that he was a Communist.” (He wasn’t, but point taken.) In a series of truncated e-mails from his home in Atlanta (“You see! I learned to fight the fascism, but I never learned our new technology”), the spirited 89-year-old retired mechanical engineer (still an anarchist, though a pragmatic one—he sometimes pulls the Democratic lever) expressed the same electoral disillusionment as his comrade. The election, he thought, was “a very expensive comedy” and the yearlong process excessive. “Mainly, the candidates get worn out, and so do all of us,” he said.

While in Spain, Mr. Sossenko befriended Hemingway and visited him at his two rooms (one was reserved for drinking) at the Hotel Florida in Madrid. “Hemingway was always concerned about American politics,” Mr. Sossenko said. “He was worried about the exaggerated self-confidence that some of our people had with relationship to foreign policy.” He speculated that Hemingway, too, would be unimpressed by the choices in this election year. “I cannot say that I knew very well Hemingway,” he e-mailed, “but going by the relative knowledge that I had of his opinions I should say that he would rather have considered both candidates as a joke and not a serious presidential race!”

In his memoir, Mr. McCain writes approvingly of the volunteers who fought in Spain and of their “beautiful fatalism.” A romantic, and somewhat ironic, salute to perhaps the one group of veterans he’ll be hard-pressed to carry in November. Besides, many of the surviving vets don’t seem particularly fatalistic, beautifully or otherwise. Though he will turn 92 in September, Mr. Mattson has been out protesting the Iraq war, most recently last Veteran’s Day, marching down Broadway with the Veterans for Peace. Mr. Sossenko mentors the young anarchists of Atlanta (“I never stopped working for Bakunin’s ideal”) and is trying to find an English-language publisher for his own 560-page memoir, The Idealistic Adventurer, a book he suggested Mr. McCain and Mr. Obama might read to get a fuller understanding of the Spanish Civil War. In addition to detailing his experiences in Spain, the book covers fighting with the Free French in the Second World War in Tunisia, jail in Peron’s Argentina, and “escaping to Brazil, with an adventure in the jungle.” 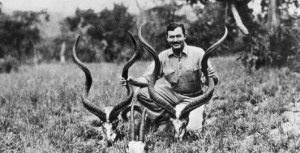