BROOKLAWN – South of Camden in a shopping center parking lot on Route 130, under a tower with the name "Brooklawn" stenciled on it in big letters, amid the donut and pizza shops, stands a lone legislative office.

It’s the headquarters of Speaker Joe Roberts (D-Camden), who, coming off one of the biggest wins of his 21-year career in the Assembly, told PolitickerNJ.com he has no intention of leaving Trenton when he’s up for re-election in 2009.

A veteran of ten legislative cycles and Assembly Speaker since 2006, he insists he’s running again.

"Absolutely, I’m ready to go," said Roberts, specifically expressing his desire to seek the Assembly’s top leadership position, for which he had his caucus’s unanimous support when his party reorganized in January.

Of Trenton rumors that he won’t run next year, Roberts said, "I guess I’m reconciled to the fact that nonsense is unstoppable. You hear it all the time. As long as I can make a difference, I want to be there."

The Speaker said the legislature’s fine-tuning of schools funding and affordable housing, coupled with making $600 million in cuts in a $32.9 billion budget exemplifies his belief that "You can be bold and smart at the same time."

In September, he intends to be part of the leadership effort to find a sustainable money flow for the state Transportation Trust Fund. "We’ll be unveiling a plan soon," he said.

At the 2008 swearing-in ceremony for new legislators at the War Memorial, Roberts urged his Assembly colleagues to go after the big issues. For him, that in part meant working to establish new rules governing the Council on Affordable Housing (COAH).

"This is certainly the most complicated issue I’ve ever tackled, and it took a lot to bring people together," said Roberts. "What’s more critical than giving people a place to live where they love?"

The day after a Mount Laurel press conference in which Gov. Jon Corzine signed the new COAH regs – which prevent suburban towns from off-loading their affordable housing stock – Roberts was exultant in his office last Friday.

Ever since then Gov. Thomas Kean signed off on the Fair Housing Act of 1985, which allowed up to 50% of affordable housing to be brokered under the conditions of regional contribution agreements (RCAs), affluent towns have shifted their state-required lower income housing projects into the cities.

"I gave a speech at Princeton four years ago in which I denounced RCAs as insidious public policy, and it was then that I began meeting with people in the housing community," said Roberts. "It is intolerable that New Jersey, one of the most diverse states in the country, is also one of the most economically segregated, in which the cities have become poverty magnets."

By requiring towns to build affordable housing within their own boundaries, and requiring non-residential developers to contribute a 2.5% standardized fee to be used to subsidize affordable housing construction, Roberts believes New Jersey will achieve greater diversity, while providing struggling and middle income people with places to live that are not only in the cities.

The legislative victory comes after two key losses in two years for Roberts – on the budget and on the sales tax – at a time now when the South Jersey Democratic Organization (SJDO) is strongest.

"What I learned from South Jersey is if we were ever going to be a player, we had to operate cohesively, we had to try to come together," said Roberts. "That’s what the more populous areas in North Jersey have done, and so we have taken a very calculated approach in the South."

While Roberts said he personally had nothing to do with the decision-making process that helped install Patricia Mueller, political operative for the Carpenters Union, as state director of the Obama campaign – he’s happy about the choice.

In the spring, Rothman and Norcross worked at cross purposes when the congressman helped prevent the South Jersey boss from short-circuiting the party’s county committee process in Bergen during a primary fight.

Roberts wouldn’t outright admit that Mueller was a case of South Jersey payback.

"Part of the reason Trish Mueller was selected is she has several coordinated campaigns under her belt, and incredible connections within the carpenters’ union and organized labor," he said. "She knows the entire state, not just part of it, and she’s one of the highest ranked women in the country in trades."

Roberts also celebrated State Democratic Party Chair Joseph Cryan’s selection of Mike Muller as director of the coordinated campaign. Again, Muller is a South Jersey product and in this case a close confidant of Roberts as head of the Assembly Democratic Campaign Committee.

"I certainly put him in charge of our campaign operations the last couple of cycles," said the Assembly Speaker. "He has a masterful grasp of statistics, that even impressed President Bill Clinton. When we had the former president at a rally in Blackwood, we were stalling to introduce him to the crowd because he was backstage, wrapped up in a conversation with Mike over the primary statistics."

"Biden would be interesting," said Roberts. "He’s a senator from the Delaware Valley, whose name is strong in the Philadelphia media market. He would be very helpful in securing Pennsylvania, which is important, and he brings foreign policy experience."

Roberts’s second choice is Sen. Evan Bayh (D-IN), like the Assembly speaker a former Clinton supporter, who would help soothe the Clinton faction, in Roberts’s view.

"Obama is still ill-defined," Roberts said. "He’s the right candidate with the right message, and clearly there is time for him to get his story out there for the general election, but we’re not there yet. His story has got to be, ‘This is someone who’s like me and cares about me.’

"He’s not there yet. When you have a candidate – Sen. John McCain – who’s running ten points ahead of his party in approval ratings, that’s a candidate you have to take seriously."

But as he considers what he anticipates will be a Democratic victory nationally, Roberts added with a smile, "Obama will be fine." 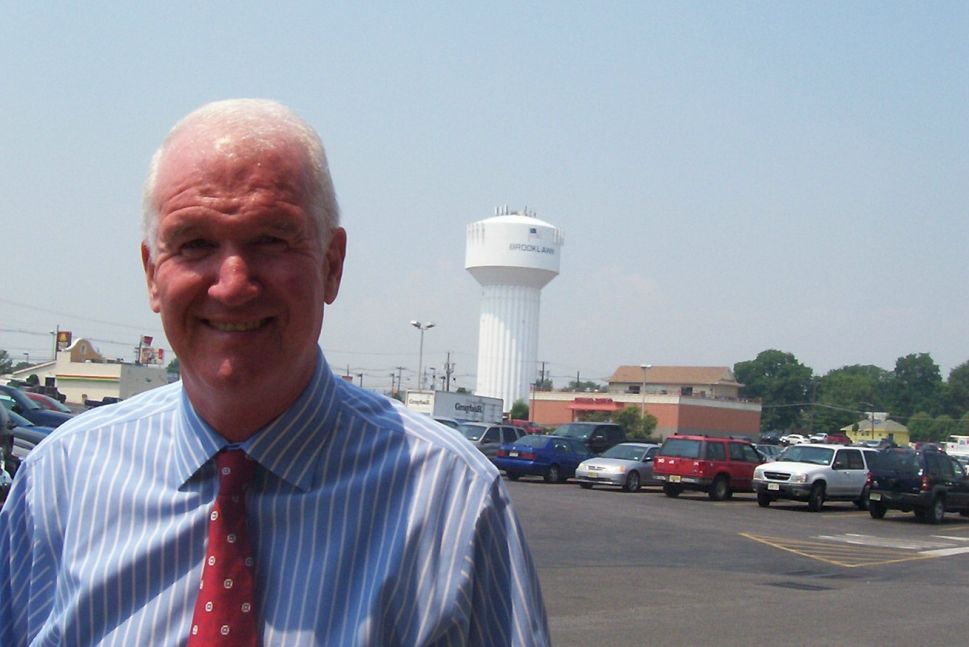