PASSAIC – To be in Trenton, or not to be in Trenton, that is the question for Assemblyman Gary Schaer (D-Passaic), who became the acting mayor of Passaic in May when a federal judge found Mayor Sammy Rivera guilty of corruption.

Initially, Schaer, who received the chief executive’s job by virtue of his position as council president, figured he would serve long enough to hand off to whoever wins a Nov. 4th special election.

But about three weeks into his service as acting mayor -with no stunning personality on the city’s horizon line, by his reckoning -Schaer began mulling the idea of pursuing his own mayoral run.

"We can’t afford to have a mayor who’s not going to build on some of the positive things we’re doing," said Schaer, who implemented local ethics reforms, imposed a 37% cut to the mayoral salary (from $117,000 to $72,000), and a municipal hiring freeze.

Now he wants to help stand up some key new public development projects in the economically downbeat Passaic, including a federally qualified health clinic and four school projects.

Pulling the trigger on a run for mayor will not be easy.

That’s because Schaer, a dual office holder who serves as vice chair of the Assembly Budget Committee in addition to acting mayor, also sees the potential for another opportunity in Trenton.

A Manhattan investment consultant now in the middle of his second term in the Assembly, Schaer says he wouldn’t mind serving as budget chair, and would probably lobby Assembly Speaker Joseph Roberts (D-Camden) for the job should it become available.

He wouldn’t be the only one.

"It’s a real holding pattern right now," Burzichelli told PolitckerNJ.com. "I’ve expressed an interest in the Congressional seat, but it’s not my call. If that doesn’t happen and the budget chair becomes available if John Adler wins, and if Lou moves up, I’d be very interested."

Prior to last year’s Assembly session, Schaer’s dilemma would have provided him with no big Hamlet moment, as the law would have allowed him to assume both the mayor’s post and his assembly seat. Grand fathered as a simultaneously serving councilman and assemblyman, he will be able to continue serving at the municipal level in the event he opts to stay in the Assembly.

But if goes for mayor and wins, Schaer won’t be grand fathered – and will have to relinquish his Assembly seat.

He knows he will have to decide soon – at least before the filing deadline come September. The trouble from a planning standpoint is he won’t know if the committee chairmanship is free until after the Nov. 4th congressional election – the same day of Passaic’s special mayoral election.

When he considers the two opportunities – mayor or assemblyman – "I’m in an enviable position," he admitted.

Schaer loves his work in Trenton, yet he’s long nursed an ambition to be mayor of his beloved city, the third most densely populated in the country. As the city’s senior orthodox Jew on the city council in the polyglot Passaic where that demographic reliably punches in with 2,200 votes, he enjoys considerable political clout.

"We need a mayor who can appeal to all ethnic groups," he said, and he has demonstrated the ability to draw votes from beyond his base, as 40% of his support in the last two municipal elections came from outside the 3rd Ward.

Latinos compose the lion’s share – or roughly 62% of registered voters among the four wards of Passaic – but their numbers are broken up into different groups: Puerto Ricans and Dominicans chief among them.

Schaer already trounced Sandoval – a Republican – in a 2005 Assembly match-up, and was moving away from onetime ally Rivera even as Maritza-Colon cozied up to the self-combusting former executive.

If anyone out there is gathering signatures for him to run for mayor, he hasn’t personally dispatched them and doesn’t know about them, Schaer insisted.

Passaic sources say Schaer and Blanco – a physician who practices in Passaic – are close, but the acting mayor denies that he and his potential rival for the mayor’s seat would hammer out a deal for one of them to stand down in the event that the other runs.

"I don’t anticipate that we will have those kind of talks," Schaer said.

At least one political ally believes Schaer should stay focused on the Assembly rather than run for mayor, and that’s fellow District 36 legislator, Senate Deputy Majority Leader Paul Sarlo (D-Bergen).

"Gary is great in the Assembly, where I think he has an obvious opportunity to continue to grow and move into a leadership position," said Sarlo. "The next mayor of the city of Passaic is also in an important position, in part because that person will have to bring all of the various ethnic groups together.

"If I were to encourage Gary, it would be for him to remain in the Assembly, where with (Assemblyman) Fred Scalera (D-Nutley) we have a great team," Sarlo added.

Similarly grand fathered out of the new law that prevents dual office holding, Burzichelli serves as mayor of Paulsboro in addition to his Assembly duties.

"Gary and I are friends," said Burzichelli. "He’s solid, good people, and very smart. But I understand his interest in being mayor. The mayor’s role is very hands-on. I serve as the mayor of a small town, and I love it." 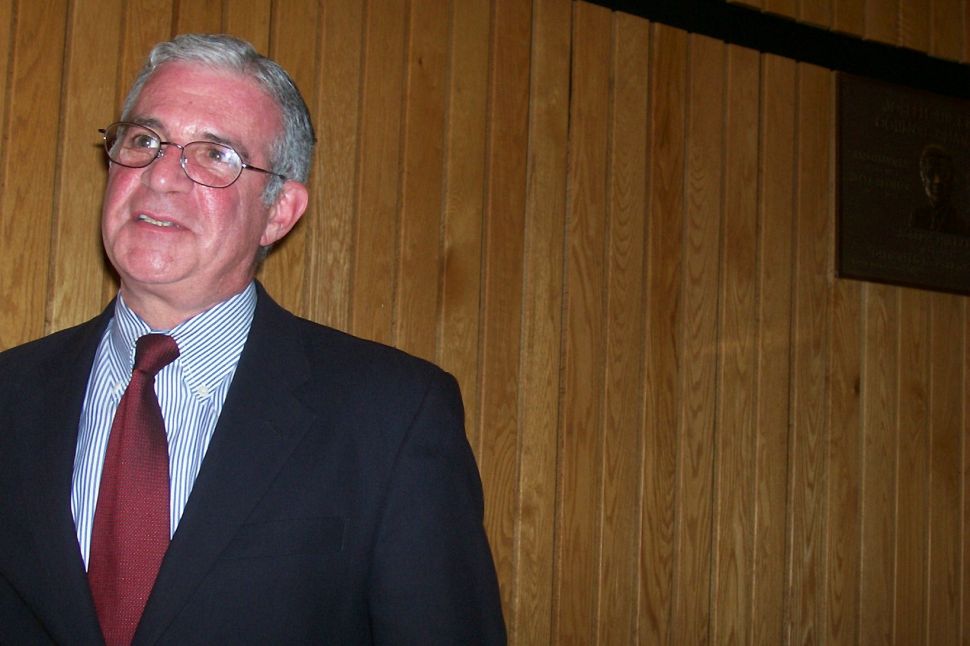