No sitting statewide Democrat enjoys what might be called popularity in public office here in New Jersey, according to a Friday Strategic Vision poll.

Up for re-election next year, the poll shows Gov. Jon Corzine with an upside-down job approval rating of 39/47%, and 14% undecided.

It also shows Bush running out of room before he bottoms out, with just 15% of voters approving of his job performance, 70% disapproving, and 14% undecided.

In the fall U.S. Senate showdown between Sen. Frank Lautenberg (D-NJ) and his Republican challenger, former U.S. Rep. Dick Zimmer, Strategic Vision gives the incumbent a 48% to 32% edge, with 20% undecided.

Still, Lautenberg’s age – 84 – shows a vulnerability, with 57% of respondents saying Lautenberg’s "too old" to represent New Jersey effectively, while 39% say he’s not too old, and 4% remain undecided.

In the presidential race, Sen. Barack Obama (D-Il) beats Sen. John McCain (R-AZ), 47-38%, with 15% undecided, according to Strategic Vision, whose research is based on 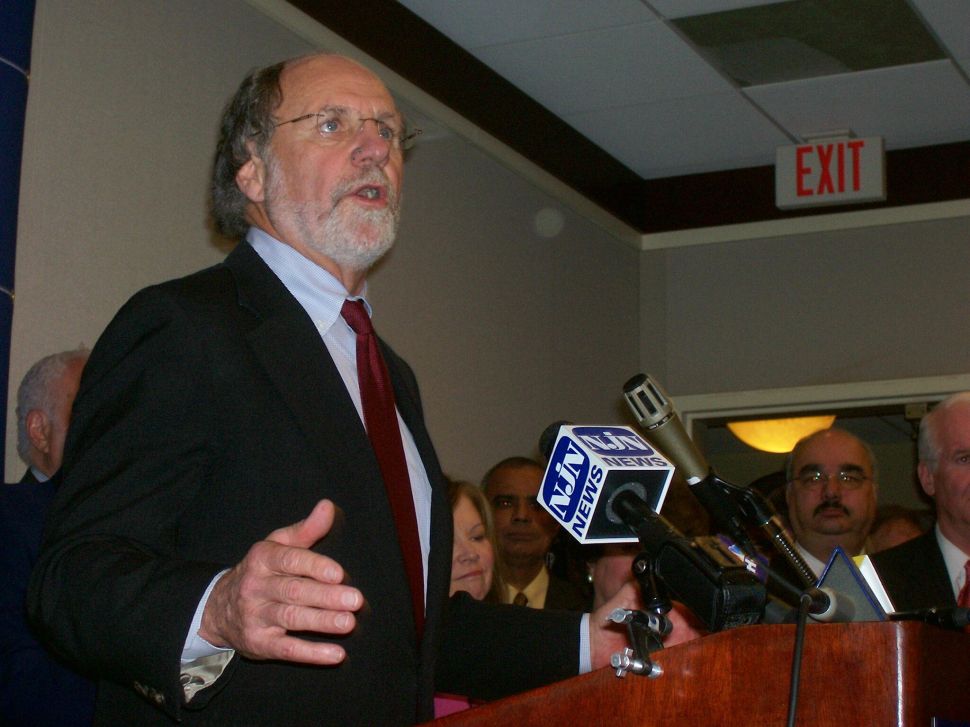