NEWARK – Gov. Jon Corzine returned to the Ironbound this afternoon to sign a bill authorizing $3.9 billion in borrowing for new schools construction, which he said would fulfill the state’s constitutional duty to provide a thorough and efficient education, and create construction and other jobs.

Of an estimated 27 school projects statewide, six of the targeted schools are in the East Ward Ironbound, where the governor in late May announced his commitment to the legislation.

The six Ironbound schools were built before 1900 and are all overcrowded, according to the governor.

“We are doing what is right under the law and doing what is right for the state,” said Corzine, who praised the work of Assemblyman Albert Coutinho (D-Newark), Assemblywoman L. Grace Spencer (D-Newark), and others who banded together to pass the borrowing measure, which passed by one vote above the threshold in the Senate and three votes in the Assembly.

The three of them made remarks here today, punctuating their support for the bill.

“The delegation stayed together, and that made a tremendous difference,” said Rice, who insisted that the scandals that plagued the now defunct Schools Construction Corporation should not stand in the way of much needed new school projects.

“I happily say we gave the children a vote for once,” said Rice to applause in the Oliver Street School auditorium.

Coutinho faced an audience that included his political mentor Joseph Parlavecchio, who once served as vice principal of the school, and Rice chief of staff Rufus Johnson, who attended school at Oliver Street.

“What an indictment,” said the freshman assemblyman as he considered the fact that there are two jails in the 4.4-square mile Ironbound and no new schools in over 100 years.

Coutinho and his running mates, Ruiz and Spencer, last year ran on a platform that included local school improvement.

“Education is the key to survival here in this country,” said Spencer, who acknowledged critics who in tangling with the state budget deficit of over $2 billion, feared more borrowing for schools construction without voter approval.

Caputo, a product of the Newark School system and former county superintendent of schools, said of the legislation moments before Corzine affixed his signature, “This makes me feel fulfilled and whole.” 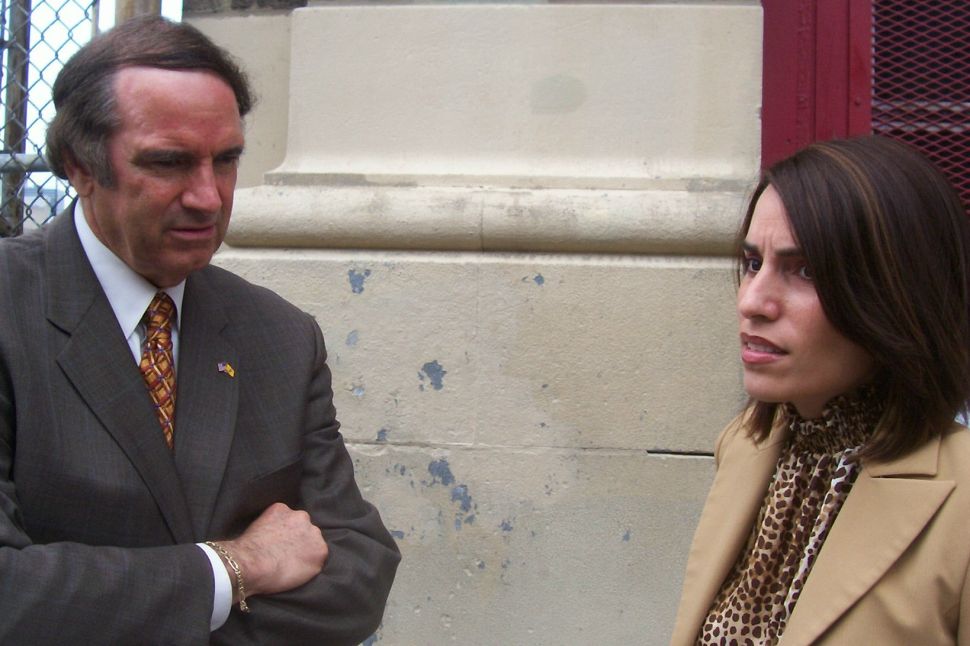