UNION – The front door to the District 20 Legislative Office swung open but inside the place was almost barren.

"I’ve been instructed to refer all press to the statement on the front door," said Thomas Lynch, chief of staff to Assemblyman Joe Cryan (D-Union), chair of the Democratic State Committee.

A pair of sound trucks were parked on Stuyvesant Avenue and a handful of reporters stood in front of the office, studying the release taped to the door.

Cryan and state Sen. Ray Lesniak (D-Union) released the statement last night, which says they referred tbe actions of their colleague, Assemblyman Neil Cohen (D-Roselle) to the Office of LegislativeServices.

Now the object of a state AG's probe about his alleged use of child pornography on his state-owned office computer, Cohen apparently checked himself into a hospital psych ward yesterday amid rumors that he would imminently resign.

So far, he has not issued an official statement.

Phone calls to most area council people and freeholders, meanwhile, about prospective replacements for Cohen in the Assembly went mostly unreturned on Friday morning.

"I think it would be premature for me to make a statement at this point," said Union County Freeholder Director Angel Estrada.

Lesniak, who controls most of the political terrain in Union county, made a brief comment via cellphone.

"I will not be making any political decisions until Monday," he told PolitckerNj.com. 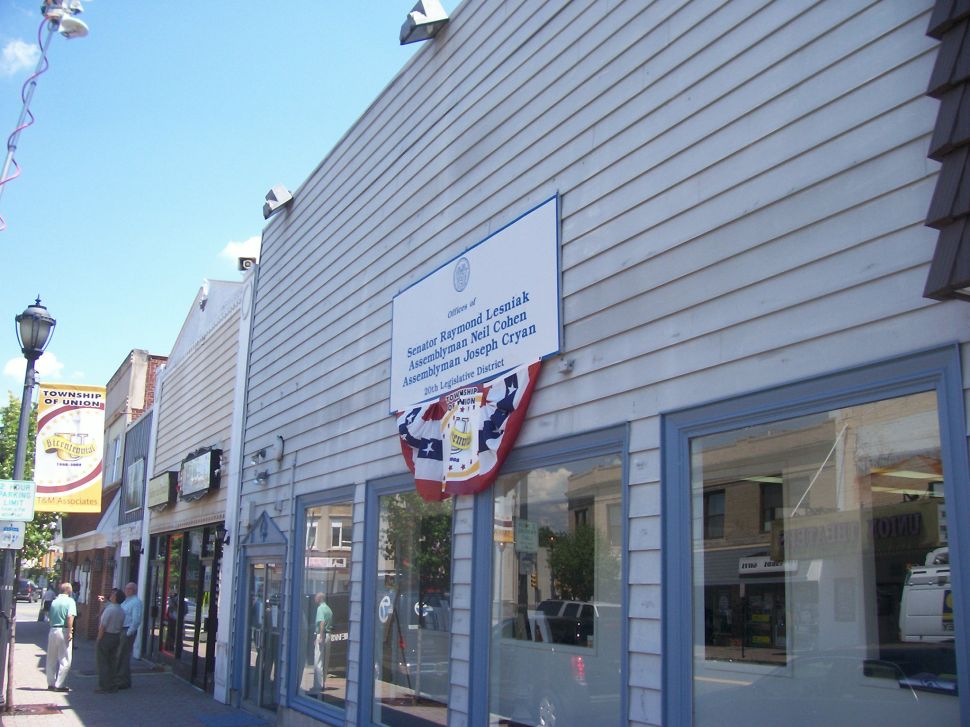