Another under 40 senator with statewide aspirations might send out at least back channel messages of panic in the face of a baseball roster's worth of new GOP talent.

And indeed there have been some nose-to-nose moments in the last few months since Kean made caucus boss, notably between the patrician leader and the headstrong state Sen. Kevin O'Toole (R-Essex).

But according to his colleagues, the stoic Kean has generally met the onrush by embracing it; and has assumed a statesmanlike stance while tapping the scrappy skills honed by his freshmen senators in the lower house.

"Tom has done a terrific job," says veteran Sen. Joseph Kyrillos (R-Monmouth). "He’s smart and skillful, with all of the right instincts to make New Jersey better. He’s brought in a new, really strong staff, and that coupled with a fresh new caucus has invigorated the Republican side in the Senate."

Kean leans on Trenton newcomers as well: Sen. Steve Oroho (R-Sussex) is his go-to guy on economic issues, and Sen. Phil Haines (R-Burlington) is his expert on agriculture.

"We have 17 people who are united as a caucus," says Kean. "That doesn’t mean we will always have 17 people voting the same way. It means when people vote differently they will be able to understand how and why they are voting that way, and we can enhance that conversation in our caucus as well as with the Assembly.

"(Assembly Minority Leader) Alex DeCroce told me that in 19 years he doesn’t remember the Senate and Assembly Republicans working this well together," says Kean.

Speaking on behalf of the Trenton GOP, the minority leader takes credit for beating Gov. Jon Corzine on toll roads, and for pressuring the governor to make $600 million in state cuts. He applauds a bipartisan effort to begin to reform the state pension system, an issue that Kean worked with state Sen. Stephen Sweeney (D-Gloucester).

"Clearly, policy like pension reform wouldn’t have been on the radar screen without the Republican side," Kyrillos says.

Kean stops short of praising the governor for the budget cuts when he considers the $3.9 in schools construction borrowing, and new Council on Affordable Housing (COAH) regulations approved by the governor – two measures which bafflingly unravel the positive effects of Corzine’s budget, in the minority leader’s view.

"It’s disheartening that Gov. Corzine and the Democrats don’t trust the will of the voters," says Kean. "Every child in the state should have access to public education, and we can work together to achieve that, but when the governor rushes through a $3.9 billion borrowing measure – that suddenly went from $2.5 to $3.9 billion – it’s a dismissal of the will of the people."

Baroni agrees that the Democrats' headlong pursuit of borrowing without demonstrating significant changes in the administration of schools construction, makes their plan dubious at best.

"They're asking for $4 billion more when they still haven't fixed the system, and the people of this state are tired," says Baroni.

"It’s a testament to his effectiveness that the ballot question (no borrowing without voter approval) is the Lance amendment," says Kean, who acknowledges that while a tough primary drained Lance financially, the veteran legislator would bounce back in time to beat Assemblywoman Linda Stender (D-Fanwood).

In the meantime, Kean himself appears to have bounced back from his 2006 statewide loss to Sen. Robert Menendez (D-NJ) with a caucus that is united behind him, and which favors applying those same pressure points he wants to continue to impose on the majority.

The next issue is the state's Transportation Trust Fund.

Though where Kean can take his party in the face of an entrenched Democratic political machine still presents his bigger challenge. 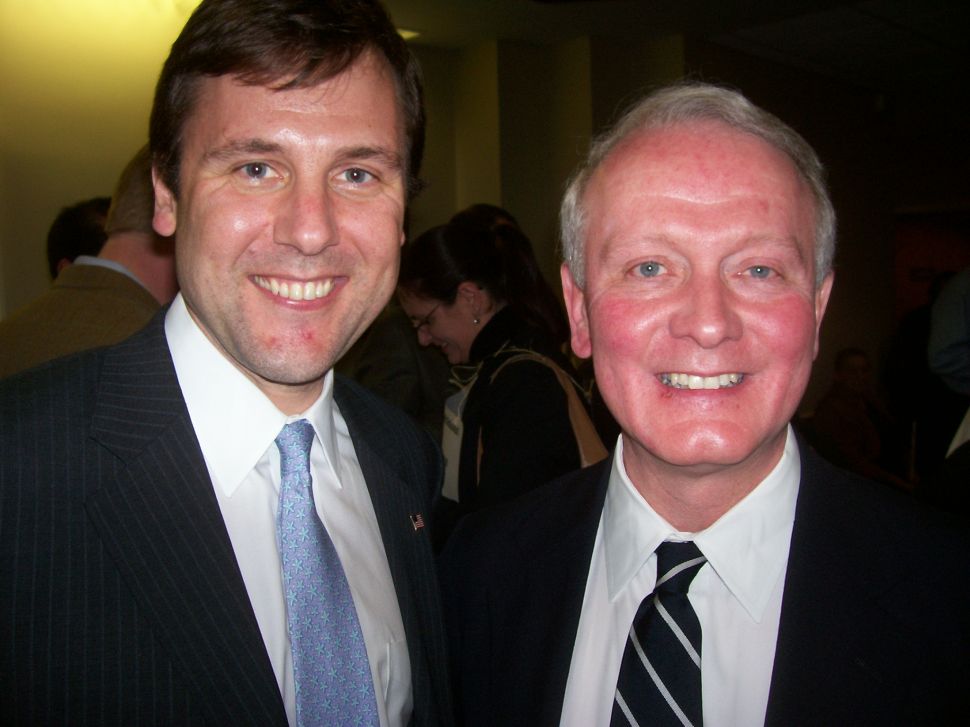