Over the last couple of days, Sen. John McCain’s rhetoric toward Russia has mostly been Georgia-supported, Wikipedia-lifted leadership posturing, including accusing Russia of wanting to restore its old empire.

But he stopped short of declaring war himself, saying there won’t be a new Cold War. To justify his new position, he made an akward statement to reporters in a press conference, saying, "In the 21st century, nations don’t invade other nations."

So in South Ossetia, are the Georgian's welcomed as liberators? 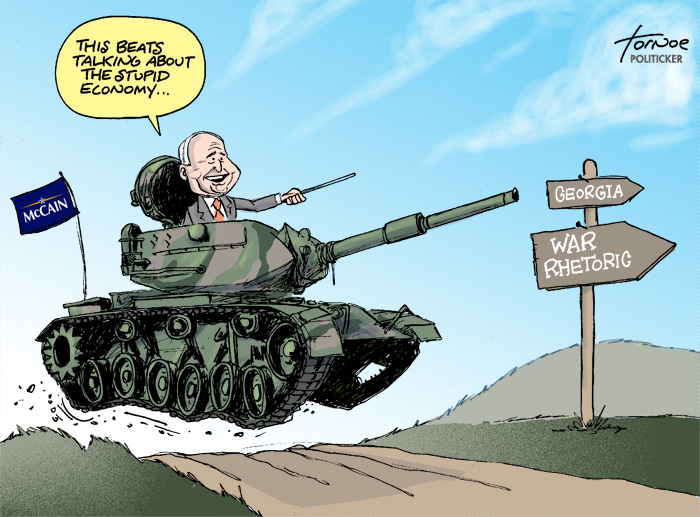