DENVER – A good orator indulges in autobiography to the extent that he or she can connect to a common story, with the danger never far that the wrong points of emphasis can entrap the speaker in self congratulations.

Michelle Obama’s maternal confessional and intimate revelatory family detail treaded too close to the edges of egotism for only a handful of the New Jersey delegation, with most Democrats hailing the effort as a dead-on bull’s-eye.

They spilled into the spacious Celtic Tavern on Blake Street after the convention on Monday night, and the liquor flowed as U.S. Sen. Frank Lautenberg (D-Cliffside Park) celebrated the presidential candidate’s wife as a people’s champion.

"Her speech reached out and spoke to the common story," said Lautenberg. "It reminded me very much of my own story, growing up in Paterson, working hard, having a father who died young. She told a story that many of us can relate to."

"Her obstacle coming in here tonight was that people did not like her, and she gave a speech, an introduction of herself to the American people, that was very down-to-earth and very real," said a very enthusiastic Kemper. "You’d have to consider it a success."

That grounded quality struck a lot of people here.

"I felt as though she was talking to me in my living room," said Safanya Searcy, a Newark Central Ward precinct captain.

Not everyone was willing to hold up a perfect ten, however. When asked about the merits of the speech, Bergen County Democratic Organization Chairman Joseph Ferreiro gave a puckish grin, as if he didn’t want to take any digs at the potential first lady.

"I thought it was okay," shrugged the ardent Hillary Clinton backer.

And veteran Essex County political operative Tom Barrett was slightly squeamish with all of the layers of personal biography and self-reflection, noting how former Gov. Brendan Byrne was a war hero, who never mentioned the subject of the war. 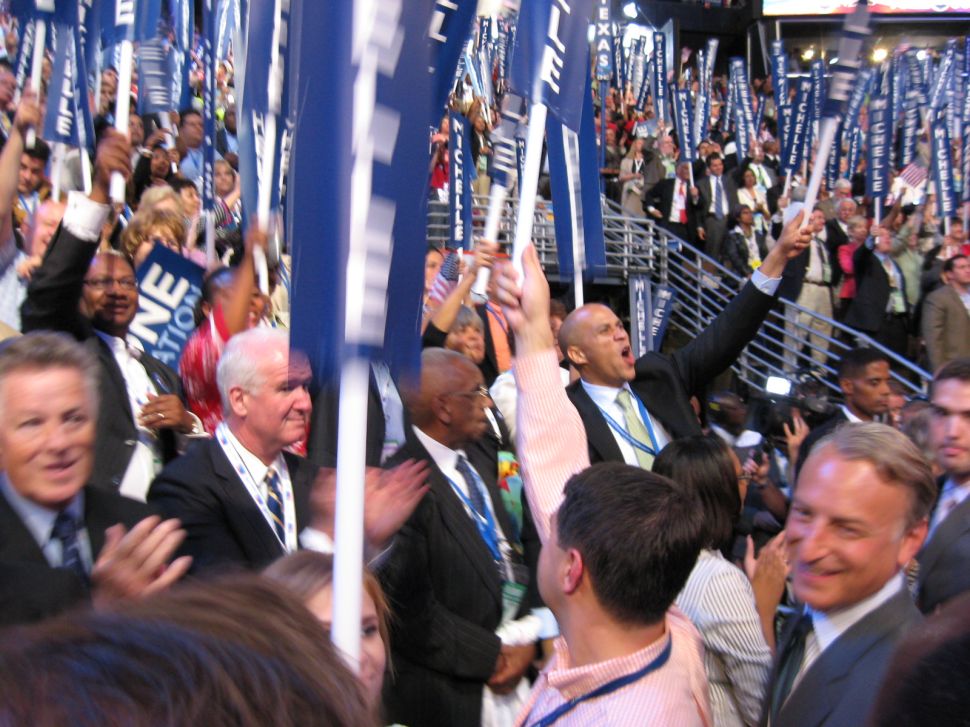