DENVER – The crowd here at the Inverness jumped to its feet for former Gov. Brendan Byrne, who went to the podium to address the delegation – and promptly dropped them practically out of their chairs with laughter.

"When I heard Cory Booker here the other day, he was inspiring," said Byrne, of the Newark mayor’s Revolutionary War evocation at Monday’s breakfast.

Byrne said he tried to do the same thing once in the name of Jersey pride, and it backfired massively.

"In 1976, our bicentennial, I went down to Philadelphia, and I made a speech in which I thanked Philadelphia for doing the paperwork so we could win the war in New Jersey," the former governor cracked.

Philly bounced him, but amid the delegates’ laughter, Bryne started in on his next colonial era anecdote.

"In 1776, the governor of New Jersey was William Franklin, the illegitimate son of Benjamin Franklin," Byrne said. "I told Gov. Jon Corzine when he started, it’s a lot easier if you’re a bastard right from the beginning," 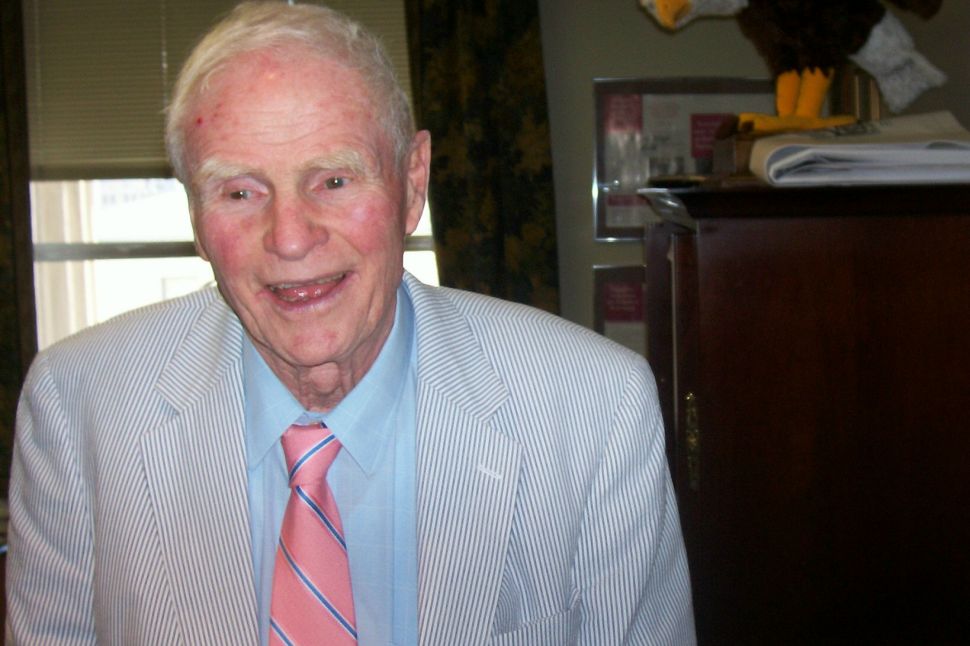