Ask former Gov. Brendan Bryne about his most memorable Democratic National Convention and he fires back the answer without hesitation: 1976.

"The first one with Jimmy Carter was a new experience for me, although he did not carry New Jersey," said Byrne, who served as governor from 1974-1982.

"It was a festive atmosphere, as I recall," he said. "People were throwing peanuts around the convention hall and everything had a newness for me, though now it’s a little bit stale."

A Democratic Party superdelegate, the 84-year old Byrne said he’s looking forward to the convention in Denver, and plans to get there early enough on Sunday to make the early round of parties.

He doesn’t expect it all to be sweetness and light, however.

Upset by fellow Democrats whom he says are quietly trying to undermine the candidacy of presumptive presidential candidate Sen. Barack Obama (D-Il.), Byrne said, "I was for Hillary and I still am for Hillary, but if the consensus is for Obama we should stop badmouthing him.

"I get things on the email all the time, members of the delegation telling me why I should continue to vote for Hillary," Byrne explained. "They need to stop. Obama’s a good candidate, and in this matter I think the younger people see this better than we do. Obama has the vision, imagination and courage – and that’s what the country’s lacking right now."

But Byrne said Democrats are making an awful mistake if they underestimate Sen. John McCain (R-AZ).

"The Republicans are doing all right," said the former governor. "They’ve got a candidate invited who four years ago was invited to be on the Kerry ticket. You can’t really dislike him, and he has more experience than Obama." 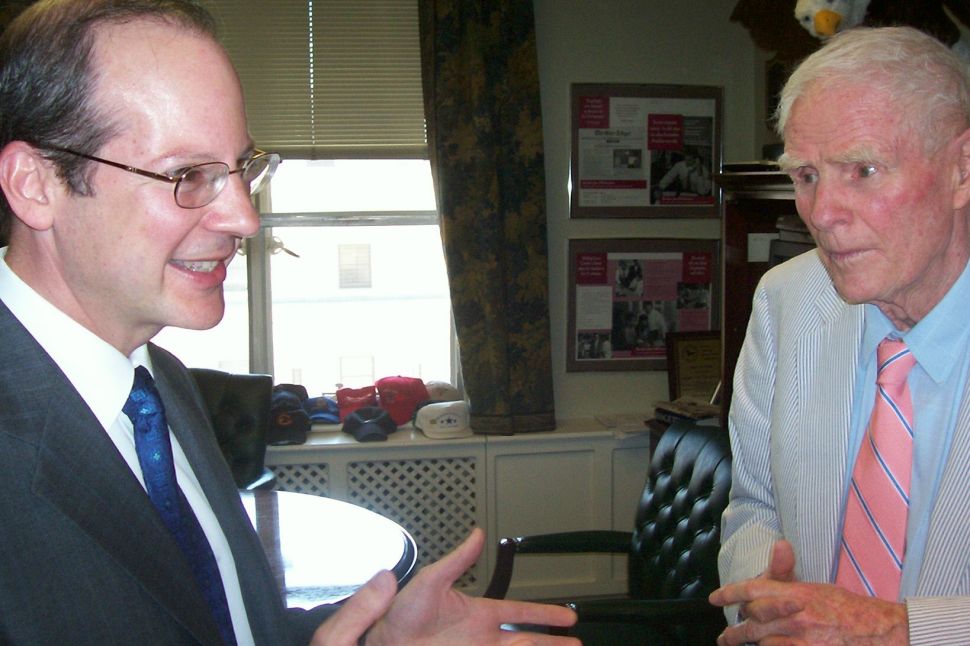