"I'm grateful for the support of my colleagues," said Rone in a brief statement.

How far the council would go to support her was not clear on Tuesday.

The lower courts have rendered their verdicts, said West Ward Councilman Ronald Rice, but the Council intends to support the former Councilwoman as she continues to pursue the process at the appellate level and in the state Supreme Court.

Flanked by Rone, and fellow council people, who this morning in council chambers helped Rice pass a resolution in favor of standing beside the former Central Ward councilwoman, Rice said the penalty in Rone's case is too severe.

"The punishment does not fit the crime," Rice said. "Our body finds that a lifetime ban from holding public office is extremely severe and likely an unintended consequence of the forfeiture of public office sattute."

An assignment judge last week found Rone guilty of using her public office to obstruct justice and banned her for life.

The vote was symbolic showing of lack of support on the governing body for a replacement for Rone at this time, as Council President Mildred Crump last night said she planned to pull a proposed resolution on a vote to replce Rone.

The members of the council who participated in the press conference were notready to say that they would unequivocally refrain from voting to fill the vacant seat once occupied by Rone. 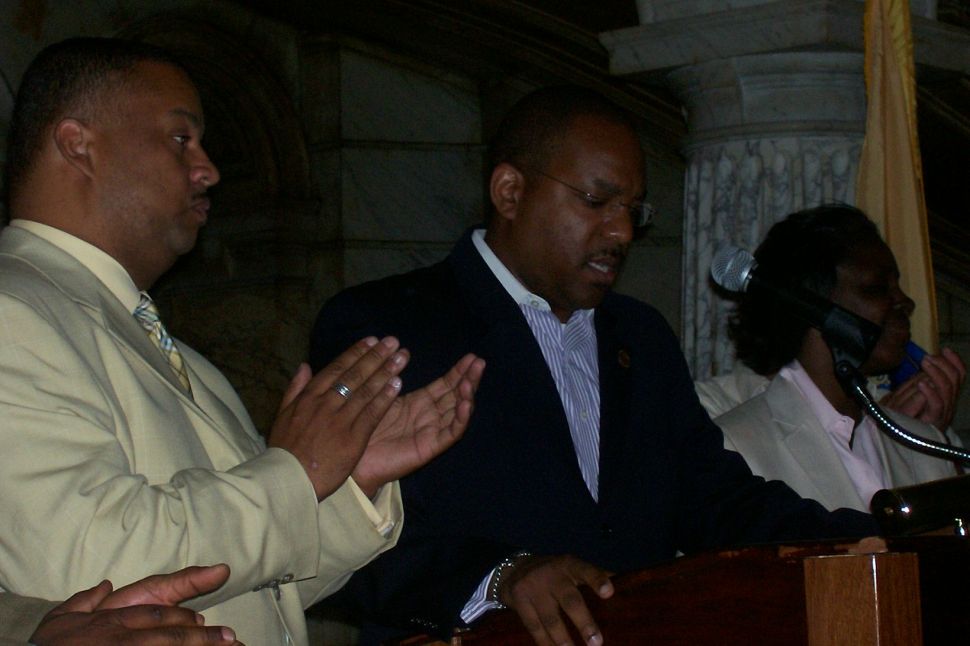