It was hard to beat for drama when compared to everything that followed, with the exception of Chicago just four years later, which the brothers also both attended.

Staged a year after the assassination of John F. Kennedy and a month after Lyndon Johnson’s signing of the historic Civil Rights Act of 1964, the 1964 Democratic Convention featured the nomination of Johnson, of course; and a speech by Robert Kennedy, oldest surviving brother of the slain president.

"No doubt the most powerful moment at the convention was the speech by Bobby," says Michael Murphy, a Democratic Party operative and stepson of former New Jersey Gov. Richard J. Hughes.

Murphy recalls how the convention that year was scheduled later than usual in those days, in late August – so Democrats could wrap the event around Johnson’s birthday party. As sitting governor, their father served as host.

"I remember they had birthday yachts for Johnson sailing up and down the breakers and fireworks," says Murphy. "It was quite a scene."

But it was the Kennedy speech that stays longest with Murphy, who as the governor’s stepson worked on the floor of the convention.

"I have goose bumps thinking back on it now," Murphy says. "The ovation went on for 20 minutes or so. That speech gave not only the party but the country much needed catharsis after the death of JFK."

Robert Kennedy thanked the Democratic Party for the strength and support its members lent his brother, both in life and in death. He urged Democrats to remember, but more importantly in the weeks ahead of Election Day, to move forward in support of Johnson and his running mate, Hubert Humphrey.

‘When he shall die take him and cut him out into stars and he shall make the face of heaven so fine that all the world will be in love with night and pay no worship to the garish sun.’

"I realize that as individuals, and even more important, as a political party and as a country, we can't just look to the past, we must look to the future," Kennedy added. "So I join with you in realizing that what started four years ago–what everyone here started four years ago–that is to be sustained; that is to be continued. The same effort and the same energy and the same dedication that was given to President John F. Kennedy must be given to President Lyndon Johnson and Hubert Humphrey."

For his part, Brian M. Hughes, who serves as Mercer County Executive, remembers the 1968 convention better than 1964. Murphy’s younger brother, he was nine years old when he went to Mayor Richard Daley’s Chicago and watched the party fight play out in the wake of Johnson’s decision not to run for re-election and Robert Kennedy’s assassination following his victory in the California primary.

"I was very young, and I remember my brothers (Tim and Michael) would go into the streets and report back a lot of mayhem that was going on in Lincoln Park," Hughes recalls of the atmosphere around the Chicago protests outside the convention hall.

"Our brother Tim was hit by friendly fire," says Murphy, who at the time was a freshman at Georgetown University.

The Democrats finally nominated Vice President Hubert Humphrey, and Hughes recalls that his father was a short list candidate to serve as Humphrey’s running mate.

"He was tapped by Southern governors to make the call to Humphrey, to tell him if he picked Hughes as his running mate, he wouldn’t win a single Southern state," Hughes recalls.

His father had seated African-American Civil Rights leader Julian Bond as a member of the Georgia Democratic delegation. That was a toxic move in the minds of Dixiecrats.

Humphrey heeded Connally’s words and picked Sen. Edmund Muskie of Maine. In the general election, Humphrey lost to Richard Nixon by 1% of the popular vote, while only carrying 13 states.

Both brothers plan to be in Denver next week for the 2008 Democratic National Convention. 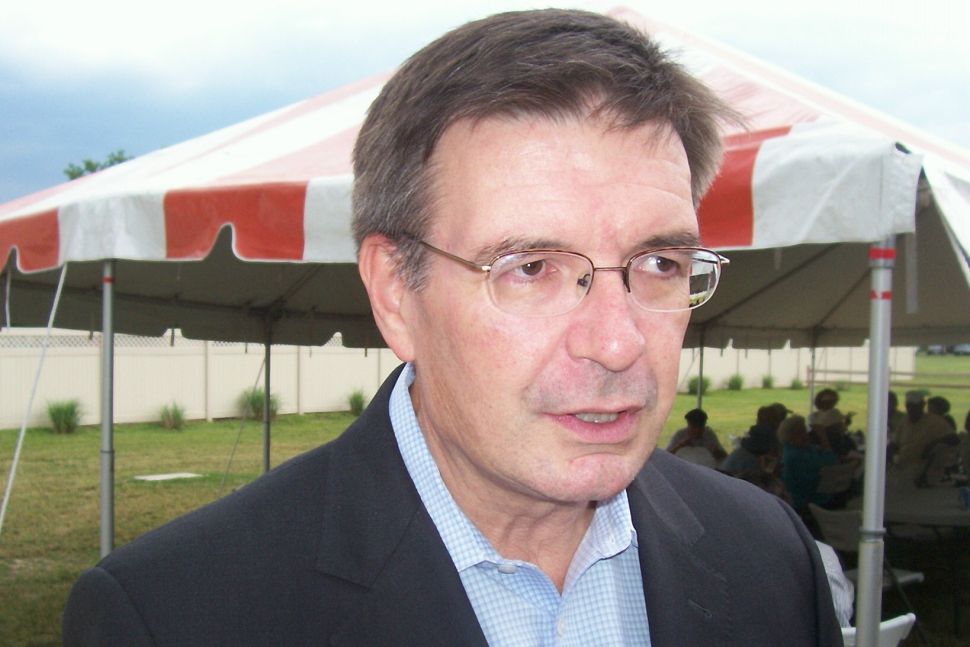