A hardcore Obama backer, Weinberg’s chief complaint about Clinton on the presidential primary campaign trail was regarding her record. Clinton essentially stayed under the radar during the Bush years, in Weinberg’s judgment.

In resorting to some campaign hijinks the state senator didn’t like (giving her husband a wide berth in the public eye, for one), Weinberg thought Clinton was "acting like one of the boys," when what the country needed was a bold and decisive alternative.

By the end of the almost exhaustive human epic that was the Obama-Clinton mano-a-mano, however, the veteran Weinberg said Clinton redeemed herself in spades.

"I’m very proud that a woman like Hillary Clinton has been able to move to the highest level and paved the way," Weinberg told PoltiickerNJ.com.

With the Democrats’ sights now on the opposition party, the state senator feels her party can come together by Friday.

"This country and this campaign are not about individual egos and hurt feelings," said Weinberg. "This is about our future generations and replacing a war in Iraq and all of its attendant negative outcomes, with the needs of families and a strong and sound economy."

Weinberg has a resolution ready to move in October that would bring home from Iraq New Jersey’s National Guardsmen.

She praised presumptive vice Presidential nominee Sen. Joe Biden (D-DE) for admitting he made a mistake in voting for the war, and respects his foreign policy acumen. But perhaps the most significant quality that impresses Weinberg about Biden is that his net worth as reported by MSNBC is $100,000-$150,000.

"How many other politicians do you know how go into public service and don’t come out wealthier as a result?" asked Weinberg. "What that shows me is he is a true public servant." 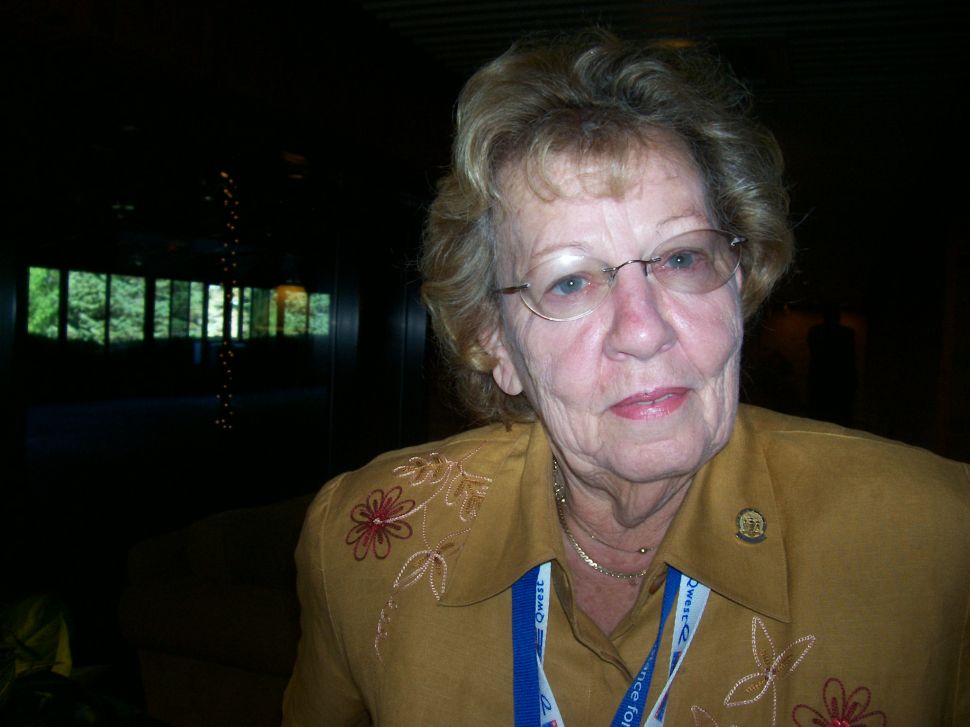