DENVER – They were a scrappy, grassroots group of no-name organizers when Peter Brown and Julie Diaz sat in a diner bull-dozed up to the side of a Jersey highway months ago.

But anti-establishment candidate Sen. Barack Obama’s (D-Il) victory in the Democratic presidential Primary propelled them, and NJ for Obama director Keith Hovey, into the laps of New Jersey’s political establishment tonight as the three of them attended a dinner at the Inverness Hotel hosted by Sen. Frank Lautenberg (D-NJ) and U.S. Rep. Steve Rothman (D-Fair Lawn).

"I’m just happy to be here, I don’t care if I have to sit behind Guam," said Hovey.

Diaz is serving as an Obama delegate. Hovey is on the credentials committee.

Brown, a founding member of the NJ for Obama team that included Diaz and Damian Bednarz, said, "We elect Obama president and we’re well on our way to restoring America’s standing in the world." 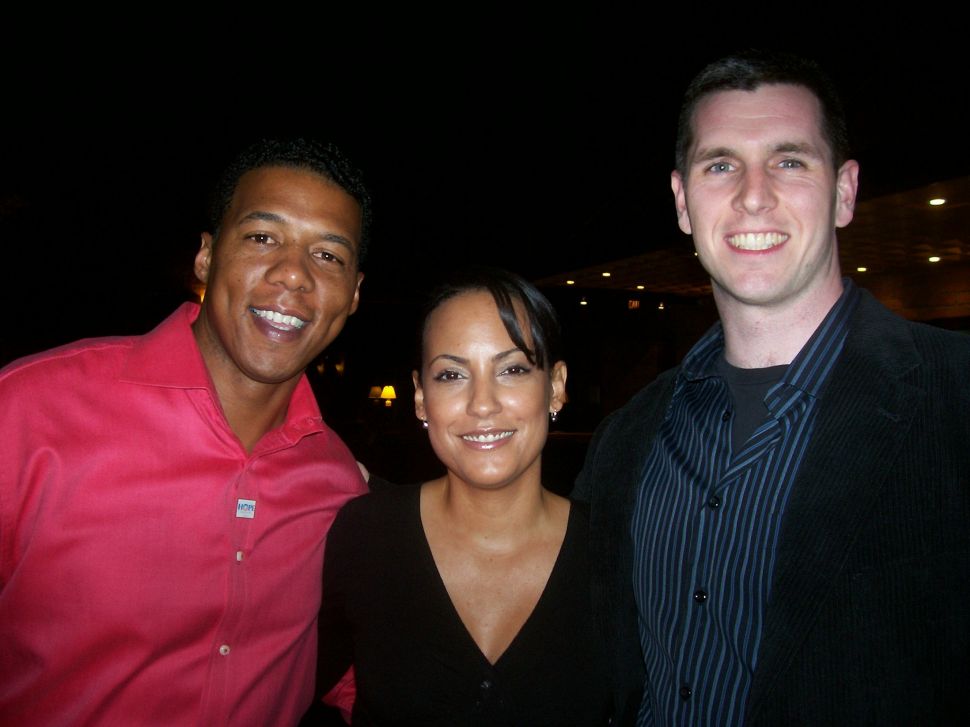