DENVER – You can’t stray far from New Jersey’s ward politics here, not if you’re at the Hotel Inverness, where Ritzy Morales told PolitickerNJ.com that she definitely intends to run for mayor of Passaic.

A longtime director of constituent services for U.S. Rep. Bill Pascrell (D-Paterson), Morales, 41, said she plans tosubmit 700 petitions to the municipal clerk in advance of the Sept. 12th filing deadline, and expects to have at least 400-500 of them certified to earn well over the required 200.

"The public has known me for a long time," said Morales, born in Paterson and a resident of Passaic for ten years. "I have strong values, and I wouldn’t even accept a cup of coffee from someone as mayor, because of the negativity left by Sammy Rivera. I would definitely stop corruption."

Latinos make up the biggest voting bloc at 52-54%, with the two biggest sub-communities split between Puerto Ricans and Dominicans. Puerto Ricans have the upper-hand numbers-wise – 2,000 to 800-900 registered Dominican voters – but they still don’t quite have the rock solid Election Day numbers that orthodox Jews possess: 1,800-2,200 votes.

"I see a lot of potential in Passaic, and a lot of growth opportunity to unite all of the communities in the city," said Morales.

She’ll be in a dogfight for Puerto Rican base votes with Colon-Montanez. The latter will have another scrap on her hands in addition to Morales, meanwhile, as Colon-Montanez will be trying to shore up the remnants of Rivera’s political apparatus, even as Capuana tries to do the same thing from within the base camp of the old city guard.

A Dominican who is making his own big play to unite all parties, Sandoval is nonetheless a Republican who has fought the power on numerous occasions and lost. Ellen has the challenge of outleaping the reality of 12% African-American voter registration in Passaic, and appealing to base and new voters.

Then there’s Blanco, who is said to be close to Acting Mayor Gary Schaer, an orthodox Jew who with his endorsement can deliver a plurality of his own ethnic community. But Schaer remains coy about his pick, and Morales hopes she can gain his support.

She acknowledges that one of her chief challenges will be striking down her opponents’ attempts to depict her as an inner sanctum Pascrell plant.

She’ll have to fight the campaign mail piece, perhaps, that suggests she was tossed into the race simply to drain votes from fellow Puerto Rican Colon-Montanez so that Blanco – in the event he’s the back room establishment pick settled on by Schaer, Pascrell and Passaic County Democratic Chairman John Currie – can rely on a split Puerto Rican vote, and himself unite Dominicans, Jews and others, to scratch out a win.

But Morales insists there’s no stalking horse back story to her candidacy. She wants to win.

"I have a loyalty to Bill and to the party, but I am an independent person," said Morales. "They affiliate me with Bill. Bill has taught me how to be independent, and he taught me how to care about people. This was a hard decision for me to make. When I spoke with the congressman, he definitely opened the door to allow me to do this. But ultimately this is for me to decide. I have a fire inside my belly to help people." 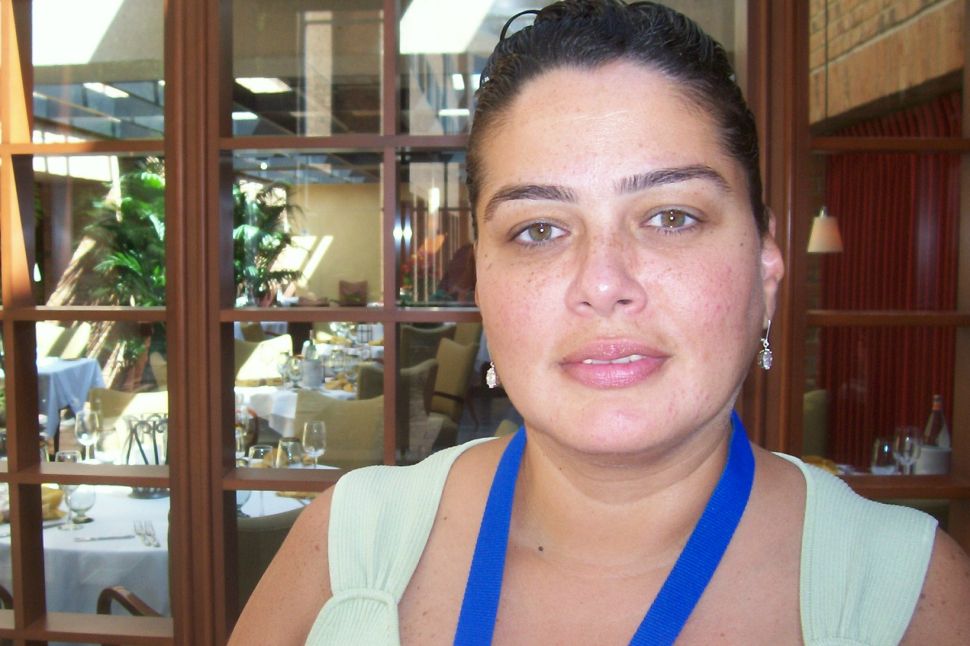