DENVER – Gorged on a buffet dinner, the delegation now heads for the light rail that hugs the side of I-25, and that will shuttle the Jersey politicians northward into the bowels of downtown Denver for the convention, and a few scattered souls remain behind in the otherwise desolate Columbine Room at the Inverness Hotel.

Some stragglers head for the exits.

"I told Assemblyman John Wisniewski (D-Sayreville) we need this in Jersey," said Michael Greenstein, husband of Assemblywoman Linda Greenstein (D-Monroe), moments before he trots up the stairs to the light rail station.

Another round of drinks arrives in the basement-level Spotted Dog – cranberry juice in honor of Jersey – and vodka – as a baseball-capped Virginia Gov. Tim Kaine appears on the large-screen television screen and tries to stifle a lump in his throat acknowledging Obama’s wisdom in selecting Sen. Joe Biden (D-DE) as his veep. It doesn’t sound altogether sincere. Kaine was on the short list for second banana and now it’s over and he manages a smile for anchor Wolf Blitzer but he doesn’t radiate eye of the tiger.

The words of Senate President Richard Codey (D-Essex) stand out from the previous event. As he waited in the wings for his introduction at a dinner staged in his and Assembly Speaker Joe Roberts’ (D-Camden) honor, Codey slapped aside a question about civil war in his party.

Proudly displaying his "O’bama’ pin, he said of the back static rift, "That’s for you guys to write about, it’s not real."

He riffed a little on the politics of the presidential campaign. But not much.

"It’s all about the economy," said Codey.

Maybe Obama received considerable traction from his position on the Iraq War in the Democratic Primary, but that’s not likely to be the driving issue now, said Codey. Obama has to inspire, yes; project strength, yes. But finally he has to authoritatively bring the house down with a sense of every day people’s pain and suffering in an economy stacked against them, and convince the crowd that he can do something about the problem.

The undecideds either hear that message, or they don’t. "That’s the election," said Codey. "That’s all it is. That’s it."

He fielded the inevitable question about Biden with a shrug. Biden’s Irish Catholic, just like Codey. Working class roots. A guy who’s part of an arc back to the past whose main storyline is fighting through the suffering.

But the Senate President has been around too long to let his eyes twinkle with sentimental stupefaction at the mention of another politician who’s gotten some mileage out of the Tip O’Neill routine.

"It’s a safe pick," he said, then changed the subject. He talked about family, birthdays, proudly introduced one of his sons.

Codey heard the words "all politics is local" many years ago, and so he knows that this presidential business is less the go-for-broke battlefield than the wars he is charged to wage back in Essex County.

Now Blitzer is on the screen in the Spotted Dog as Essex County Freeholder Linda Lordi Cavanaugh orders a cup of coffee, and Caroline Kennedy is on screen, building up the crowd for her uncle, Sen. Ted Kennedy (D-Mass).

When Kennedy himself appears on screen, pounding a podium and screaming about his commitment to the ideals of the Democratic Party, the small crowd in the Spotted Dog applauds.

Two days ago, an Irish-American member of the Jersey delegation squirmed on his stool in the presence of hounds on the walls in football gear in the Spotted Dog.

"It’s an English bar," he said, tempted to seek out some other watering hole that wouldn’t be as much of a compromise, but this is it – at least until the Stone Pony in the Rockies event at the Celtic Tavern later tonight: the downtown spillzone for those members of the Jersey delegation who will have heard the Michelle Obama keynote speech.

"There is a new wave of change all around us, and if we set our compass true, we will reach our destination," says Kennedy in his live-shot address. "This November, the torch will be passed again, to a new generation of Americans." 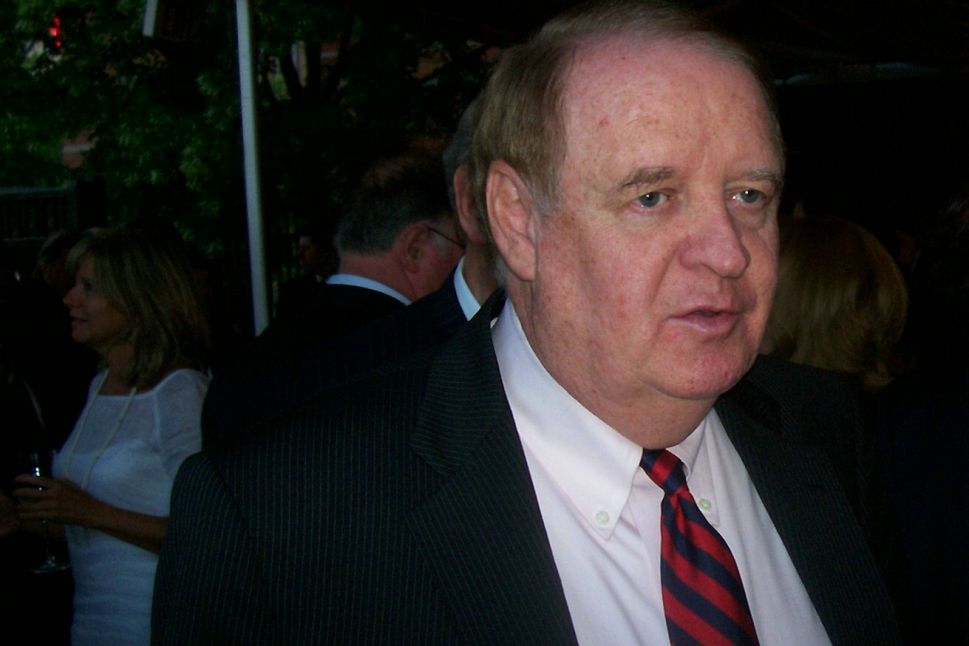