The East Ward, which is made up Portugese and Italians, and fits into the Ironbound neighborhood, is Coutinho’s home.

"We’ve always been an independent ward," says Joseph Parlavecchio, the assemblyman’s mentor, who on this day sits inside party HQ, giving an interview to a young woman who’s writing a book about city politics.

A rift between North Ward Democratic leader Steve Adubato and Mayor Cory Booker has led some Newark political observers to the conclusion that after all the hoopla about the next generation of Newark elected officials, Spencer could be vulnerable.

Now Coutinho in his middle ground geographical position is also trying to fulfill the role of peacemaker here in an unsettled political environment.

"I’ve always been a unifier," he says. "I intend to do everything in my power to keep Newark’s political classes focused on solving problems.

"Grace has been a tremendous colleague," the assemblyman adds. "I’m supportive of Grace Spencer and as colleagues in the Assembly we have a good personal and professional relationship. But ultimately I’m supportive of the City of Newark. The political world in Essex County is not an easy one."

Last year, Parlavecchio joined Adubato and Booker to forge a legislative team for the 29th District. He offered Coutinho to a mix that also included Ruiz (Adubato) and Spencer (Booker).

Hailed as "the future" by Essex County Executive Joseph DiVincenzo and Booker, the team blew out a splintered old guard, including assemblymen Wilfredo Caraballo and William Payne.

A respected lawmaker, Caraballo had lost favor with Adubato when he aligned with South Jersey in his resistance to a sales tax desired by Gov. Jon Corzine. His replacement was Coutinho.

The venerable Payne, meanwhile, went for an independent Senate run after Adubato told him he wouldn’t be the North Ward Democratic Organization’s choice to fill the vacancy created by Sharpe James.

With the organization behind her, Ruiz demolished Payne in the general.

This year, the Ruiz-Spencer-Coutinho team delivered on a campaign promise, which was that they would get money for new schools construction. Coutinho and Spencer took the lead in the Assembly to get support for a $3.9 billion state borrowing allocation.

Of that dollar amount, $2.9 will be handled by the controversial Schools Development Authority (SDA), which oversees construction in poor and urban districts.

State Sen. Bill Baroni (R-Mercer) complains that despite millions of dollars missing in the SCC’s public record, no one at the agency was ever brought to justice, and the state never put in place a structure that gives him confidence that the new SDA will oversee schools construction differently than its predessessor.

For his part, Coutinho says he is actively overseeing the SDA as it sizes up new schools construction projects, including six new facilities in the Ironbound.

"I’ve been calling the SDA once a week, every Monday," says the assemblyman. "We’re touching base, and I’m interested always in identifying ways that we can save money. I would like to continue to look at some ideas about alternative ways to get the schools built. We’re looking at a huge need statewide. $27 billion statewide. So we need to consider cost efficiency, including public-private partnerships."

As he eyes the fall, Coutinho says in addition to trying to get more money for public infrastructure improvements, he and his colleagues will be trying to deliver on another campaign promise: reform of the state’s prisoner re-entry program.

"I will be looking at a comprehensive public safety act that includes expungement of criminal records to help our residents get jobs, yes – but that is also smart and tough on crime," Coutinho says.

That could present some challenges in Trenton; but what is likely is that 29th District politics in and of itself will continue to prove rugged for this trio of young politicians.

They came in as a team, but next year they face re-election and the potential of not being together again, though Coutinho says he hopes that doesn’t happen. 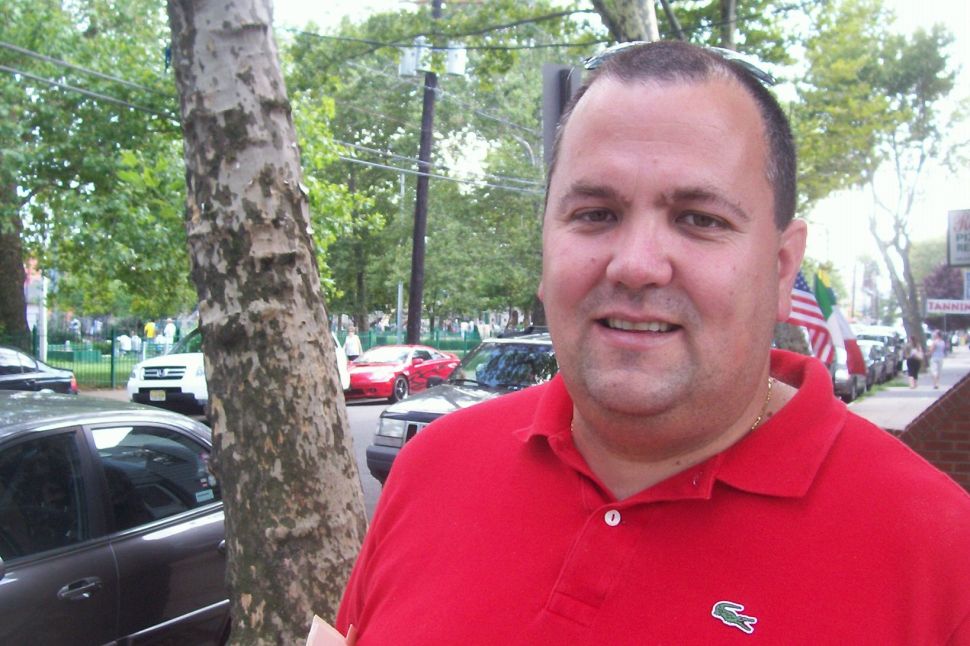